Alumnae Advice from a Hiring Manager 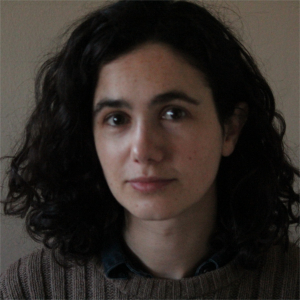 Emma Lubin is an engineering manager at GoDaddy, the world’s largest domain name registrar and web hosting provider, aiming to radically shift the global economy toward small businesses. She obtained a Ph.D in Biology from the Massachusetts Institute of Technology in 2013, and became a software development intern at GoDaddy the following year. She quickly became a software engineer there, and last April was promoted to engineering manager.

Emma volunteered as a mentor at Hackbright in 2016, and served as a guest speaker at the Bootcamp to Engineer: How I Landed My Job panel event. In her spare time, she enjoys being outdoors and eating burritos, often at the same time.

Congratulations! You’ve graduated from bootcamp. Maybe you’re now looking for your first software job, or maybe you’ve been there a while and are aiming for a leadership position. Either way, as someone who’s been hiring for the past few years, I can give you some tips I wish I had known when I was first starting in a similar position.

When changing your career, you have options; you can make a 180 degree pivot into software engineering, or you can combine programming with your past expertise. I often hear from bootcamp grads that their program focused on web development skills, but as they’ve gone more in depth into software engineering they’ve gotten a better idea of how broad the landscape of the technology industry is, refined their interests, and realized they want to focus on backend engineering, or work in product management.

At GoDaddy, I’ve worked with bootcamp grads who have made both choices — one woman combined her design background with engineering to become a UX engineer, while others don’t use their backgrounds in day-to-day work — and in both cases they have made enormous contributions to the team. Be clear with prospective employers about what you want, and find an employer who will help you achieve it. Not being sure what you want right after bootcamp is an understandable and common position, too, and if that’s the case for you, don’t be hesitant to look for environments that will help you develop your interests. There are companies out there, like GoDaddy, that are willing to invest in people who are ambitious and smart and help them grow their career the way they want. Engineers there are encouraged to explore new directions as they develop more real-world coding skills and discover opportunities they might not have known about when they first came onboard.

Whichever course you’re taking, one mistake I made that I’ve seen in others was downplaying my past experiences; don’t discount these, to yourself or to those looking to hire you. While there’s a never-ending amount of industry knowledge you’ll develop, many analytical and professional skills you already have are translatable between fields. One person described this to me as having a vector of skills; I was just pointing that vector in a new direction.

When I first applied for software internships, I condensed nearly a decade of biology research into a few lines on a resume, and devoted more space to descriptions of small coding class projects that were nowhere near that kind of accomplishment. I started getting attention to my resume only after I put all of my skills on it. Software engineering is a tool to solve a wide array of problems, and it needs engineers with diverse backgrounds and approaches — that’s one reason companies are hiring from bootcamps. Someone making a mid-career switch can leverage their previous professional experience and learn quickly; leading small teams and shipping projects are accomplishments that hiring managers will look at even if they were achieved in a different industry.

What I look for as a hiring manager 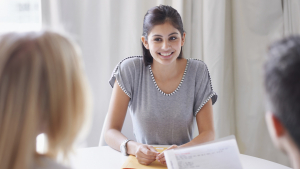 When I hire for a junior or senior engineering role, I ask technical questions that I’ve calibrated against other candidates at those levels. For many companies, though, hiring a bootcamp grad is still uncharted territory, and your interviewers may not understand the level of knowledge someone has straight out of bootcamp or have developed metrics for what a strong interview looks like. This is something that will change over time, but for now, if a company asks questions that are targeted for someone with traditional industry experience, don’t get discouraged or interpret it as a reflection of your prospects in the field. My own interview process for bootcamp grads is still a work in progress and I know I’ve passed up good candidates because of its flaws, particularly when I first started interviewing. When interviewing a bootcamp grad I’m trying to identify a candidate I think GoDaddy should make an investment in and grow within the company, and largely look for three things:

I’ve learned that, for a bootcamp grad, expecting working code by the end of the interview isn’t a valuable metric. Analytical skills don’t come only from coding Python. Someone who has raw problem-solving skills and is excited about the work they’re doing will have the drive to learn new technologies — something required of any software engineer, no matter their background — and be able to contribute to the team.

Many bootcamps, Hackbright included, will prepare you for whiteboarding interviews and stress the importance of communication — you’ll do a lot of learning on your own once you get the job, but much of what you’ll develop comes from discussion with your peers, and as your future coworker, I want to know that we can work through a problem together. Being able to describe the blocker you ran into when you don’t know the landscape or vocabulary is one of the higher activation barriers to pass when switching fields to software engineering. Interview me, too, to see if I’m doing a good job of helping you; the fastest way to get past that barrier is with the help of strong, on-the-job mentors.

Before you get to the whiteboard, the first step in the interview process is often a coding challenge or phone screen. The problems you’ll be asked to solve will likely be similar to the ones you’ll see in in-person interviews, but not all bootcamps will prepare you for these types of interviews. It’s important to practice and get comfortable in the environments you’ll be working in; use a headset and solve problems in online codepair tools like hackerrank or collabedit. If you haven’t already, find practice problems on leetcode, careercup, or interview cake and try as many as you have time for.

Use your coding skills as a voice 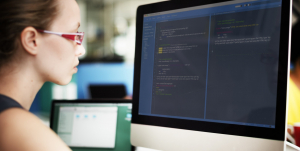 The other advice I want to give you is not as a hiring manager but as a software engineer looking for ways to make the world a freer, more tolerant, and safer place. There have recently been calls for citizens to re-engage with their civic responsibility. While there are a number of ways to respond to that summons, as software engineers and as women who have an outside perspective on our industry, you are in a critical position. Technology will be key in helping to effect social change in this country and spreading education at the speed we need it. There are already nonpartisan efforts like Code for America that use technology to benefit their local communities, and there will be a growing number of initiatives and ideas that need web and app developers like you to volunteer, and holes in our society that need your innovations. Many people join the technology industry to disrupt another field; while you’re doing this, think about how you can similarly bring about change in our country. You are smart, capable, and trained — don’t count on anyone else to do this work.

Know that you’ve got what it takes

I know that some of you have already found your first (or second or third) job, and others are still sending out applications. Whatever stage you’re at, remember that deciding to switch to a new industry and taking the steps to get there is no small accomplishment. Whether you know exactly what you want right now, or want to develop the industry knowledge to figure it out, you and your skills are valued at an ever-growing number of companies.

Thanks to the awesome Hackbright alums at GoDaddy (Celia Waggoner, Ellen O’Connor, and Terri Wong) who advised me on what questions they wish they’d had answers to when graduating from bootcamp.