Developer Sarah Mei Talks Defensive Programming, Getting Jobs in Programming – and Getting Involved 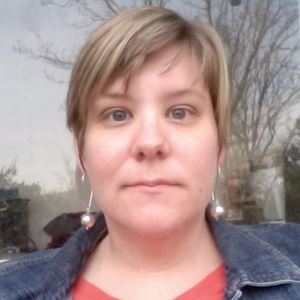 Sarah Mei, Software Engineer
Sarah was most recently at Pivotal Labs in San Francisco for three years, and is now a freelance Ruby / Rails developer. She has been a regular contributor to Diaspora, a decentralized social networking platform built with your privacy in mind. She also helps organize RailsBridge, which she co-founded with Sarah Allen in 2009 to create an inclusive and friendly Ruby on Rails community.

Sarah has spent a number of years at Pivotal Labs pair programming. She admits that when she started, she was just a good programmer – and now she is a great one, thanks to pair programming.

“Having someone force me to articulate my code made me a better programmer.”

In her tech talk to Hackbright Academy students on defensive programming, Sarah discussed what defensive programming means – taking in “untrusted information” (ie. from the Internet, APIs or users). Her solution to defensive programming was framed as a question – “Can I solve this problem by talking to people or by writing code?” She hinted that many problems in programming could be solved if teams communicated better amongst themselves, instead of trying to solve all problems with only code – and lots of it unnecessarily.

Sarah then tested a new talk on security with the Hackbright students, talking about security as a developer, a female developer and an open-source developer. She made the argument that size of company does not equal job security. “Within large companies, females are more likely to be laid off than their male counterparts,” she recounted, clarifying that large companies are defined by having over 10k employees.

Not to leave the Hackbright students with gloomy statistics about the workforce, Sarah offered advice to new developers: “Find a team that values full-stack engineers.” She also advised students to get involved in the community if you want job security:

“Even as beginners, you should consider teaching and talking!”

This was the start of Sarah’s path back to work after having kids. Years after joining these mailing lists, being participatory and speaking up at conferences and meetups, Sarah has been become a respected figure in the Ruby on Rails community.