Becca Saines is a Software Engineer for Streak. Prior to graduating Hackbright in Fall 2016, she was a middle school math and science teacher for Teach for America. In her role at Streak, Becca was tasked with building out the company’s Zapier integration. Here, she shares her wisdom, documentation, and advice on the process.

Documentation is mission critical to the success of a new developer product, but finding the sweet spot for maximizing audience engagement is no trivial task. Lucky for you, my loss (of time) is your gain. I hope this blog post will save you a ton of time, effort, and that you’ll be building on this reliably awesome tool faster than you can say Zapier.

First off, the Zapier docs do not have a dedicated glossary of keywords and terms. You can get the gist from their individual category sections, but having a dedicated reference list certainly would have softened the slope of my own learning curve.

Another benefit of a dedicated glossary is being able to compare the keyword definitions for developers and non-technical end-users side by side. The Zapier documentation does do this to an extent (hats off, Zapier!) but still assumes a level of knowledge above what I had as a developer just beginning to work on Zapier.

Draw me a picture

In general, I feel there is a lack of pictures in technical documentation. I understand the reason for this — pictures are not easily updated, and even more so than text, should be geared towards a specific audience. However, I find them obscenely useful for getting a big picture context when I’m starting to learn something, so here is my (crude) picture of how Zapier works, specifically geared towards beginners: 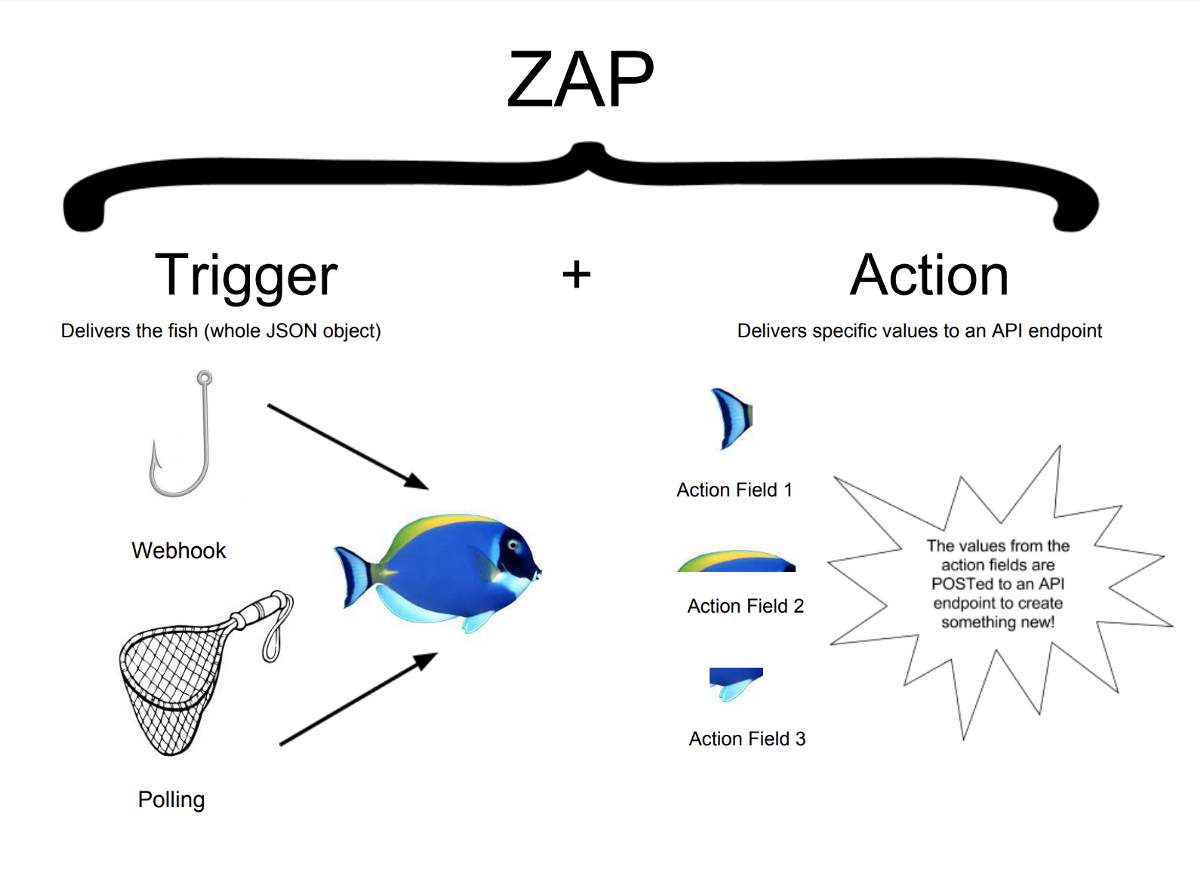 Super Important “Gotchas” that will save you oodles of time

Streak’s integration with Zapier has enabled our users of varying technical capacity to really make the most out of our API. It’s been a fantastic tool to engage and create efficiency for our users through automation, and it’s all taken care of in a user-facing UI that’s friendlier than a border collie. A further plus is that Zapier’s support — both for developers and users — is top notch. I’ve been impressed with both the speed and quality of the support they consistently offer. As with any new technology tool, the learning tool can be steep. But the good news with Zapier is that you’re not going it alone.

This article was originally posted by Becca Saines on Medium. It has been abridged for Hackbright Academy. Find the full article, and more of Becca’s writing on Medium.

Interested in learning more or hiring a bootcamp grad? Join the ranks of other top tech companies and become a Hackbright Hiring Partner.