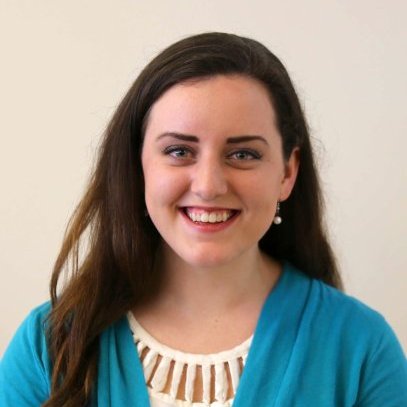 It has been seven weeks since graduating Hackbright Academy and I can officially announce that I am gainfully employed. My job search was an overall positive (read: exhausting) experience, even if the reactions at every level varied as much as Stefon’s wedding guests. I saw everything from hesitation to accept boot camp graduates as “real developers” to requests to be a technical cofounder. I tried not to let the rejection phase me, especially when the job “went to the founding partner’s neighbor’s son.” The important conclusion is that I did receive job offers.

My experience post-Hackbright hopefully adds another anecdote to the pile reinforcing the point that traditional education is changing.

In the past three weeks, some nineteen job offers* have been made to Hackbright students. For those of you unfamiliar, Hackbright is a trade school with an atypical proposition: the total time to go from complete novice to skilled developer clocks in at just under three months, or two and a half werewolf cycles. I’ll qualify my use of ‘skilled developer’. In honesty, the phrase is a bit of propaganda; the reality is that a Hackbright student is competitive with a new graduate armed with a four-year computer science degree…Now it sounds even more preposterous.

But is it that unbelievable? If you take a typical college student, estimating that they retain only about half of what they learn, some fraction of which is medieval studies, the bar seems much less altitudinous. Mix a healthy dose of computer science, practical system administration, and modern software development practices, and the playing field is level. With a small class size (less than thirty), Hackbright is essentially the small-batch artisanal house blend of IT. You’ve probably never heard of it.

You have, however, heard of the employers who believe in our process and our students. Eventbrite, Survey Monkey, New Relic, Facebook, Bitcasa, StubHub, Facebook…. Facebook! Let me assure that none of these organizations are making special dispensation for our students and no punches were pulled during the interview process. If they were lowering their standards at all, I would be employed at one of these places.

He’s right about the lack of special dispensation. While some of the offers I received were from our hiring partners, many of my interviewers had no idea (or were not phased by the fact) that I had only been coding for three months. I received the same phone screens, code challenges, and technical interview questions as a recent CS graduate or other junior developer.

Since I haven’t fully beat my impostor syndrome, I will acknowledge the possibility that I was just really good at fooling these companies into thinking that I was capable. But it would be hard to argue against the fact that some 50 of my Hackbright peers have all accomplished the same feat. Perhaps the need for developers in the current environment got my resume a second glance, but we all have been able to prove our competence in the interviews themselves.

Hackbright and other coding schools fill a very specific niche of vocational training right now. My hope is that the current environment will encourage more students to pursue computer science as a degree instead of as an afterthought. (As Christian also notes: “Go to college. Seriously. HBA is not a replacement for college.”)

The unfortunate truth is that we don’t always know what we want at 18 (…or ever). Options for post graduate study come with a variety of financial burdens and outcomes, but the discontent with the status quo and popularity of education alternatives show that the sector is ripe for disruption.

This is one of the many reasons why I chose to join Versal, an education startup in San Francisco whose mission is to show that one idea can launch a million more.

As of July 15th, I am joining their team as a backend software engineer.

With my love of New York City in mind, I swore not to return to San Francisco without the right opportunity and Versal has convinced me that it is that opportunity. My potential for personal and professional growth there is enormous and I am confident that I will continue learn an immense amount. As an early stage company, I will be able to add real value to the product and though small, the team has decades of combined experience from companies like Zone Labs, Google and Palantir to help guide me along the way.By the time I concluded job searching, I was weighing the pros and cons of job offers in three different cities. After picking the wrong career before, I wanted to be confident in my decision this time and forced myself to be patient in the process. It was not an easy decision, but I realize how fortunate I am to have had a decision at all.

If you’re still unconvinced about the success potential of programs like Hackbright, stay in touch, I’m determined to prove the doubters wrong. In the meantime, I am off to go teach myself Scala, move across the country, and enjoy the rest of my summer. Au revoir!

This post was originally posted at Kelley Robinson’s blog.