The summer 2013 class of Hackbright Academy visited Twitter’s San Francisco headquarters on Market Street for a field trip and talk with their women engineers. 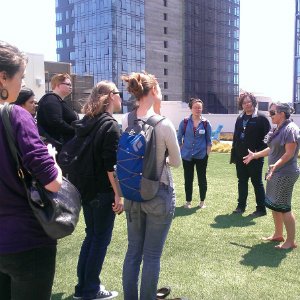 Then, the students toured the sunny rooftop deck of Twitter while listening to Adriana Valencia talk about why Twitter put down its roots in San Francisco – specifically the up-and-coming section of Market Street. 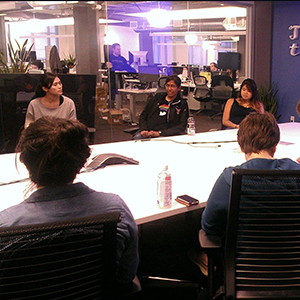 The women spoke plainly about the teams they work in at Twitter and the challenges they face in day-to-day life as a software engineer at Twitter.

After an hour of Q&A about the teams and roles in the Twitter engineer department between the Hackbright students and the Twitter women in engineering group, Twitter software engineer Sharon Wong gave a tech talk about Pig.

We learned the Hadoop acronym (high-availability distributed object-oriented platform), became convinced of the efficacy of the Pig language for data processing, and learned about the Twitter 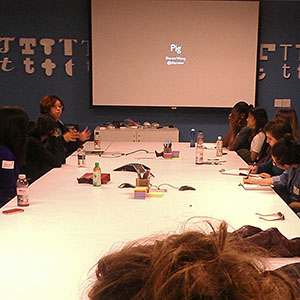 Thanks to the women (and a few good men) at Twitter for hosting the Hackbright students on Thursday for the tour and talk with Twitter womeng – we had a fantastic time and learned a lot about working at Twitter and the company culture.