In addition to talking about identity as a woman software engineer, she appealed to the audience of women developers to give more tech talks – on topics like k-means clustering, busting CAP theorum at scale, machine learning algorithms, natural language processing, language design, how to build an operating system… 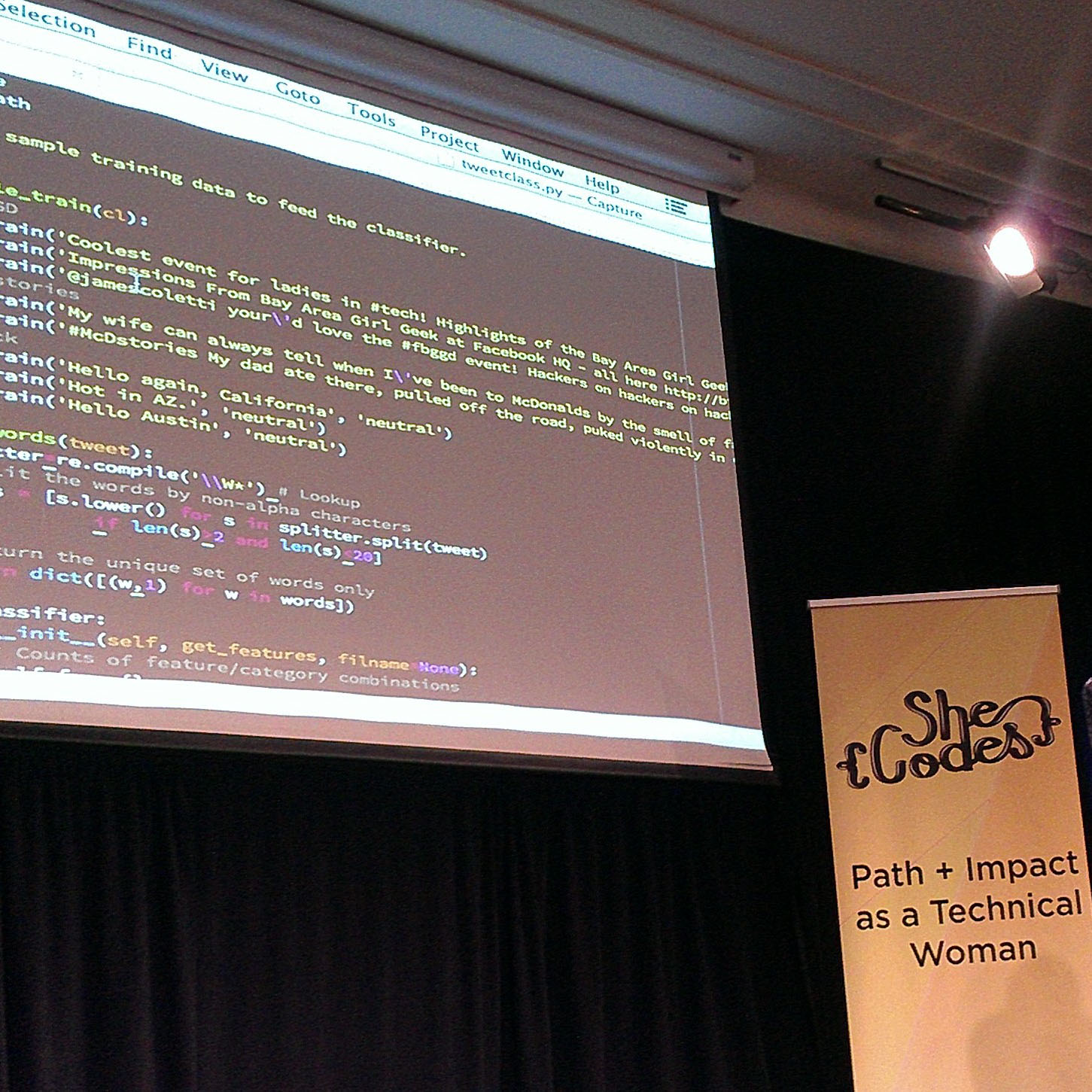 First, Megan Speir came onstage to talk about machine learning and her app Morgan. She talked about natural language processing for Twitter sentiment analysis, and she showed code onscreen. Megan described how it was manipulated and parsed into an infographic, which she showed the audience.

Megan has also built a guest book photo booth as her Hackbright project, pairing a Raspberry Pi built into a physical “mini booth” with a Flask webapp. 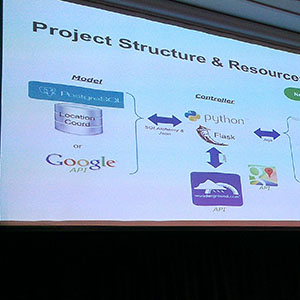 Next, Hackbright grad Melanie Warrick talked about her full stack Hackbright project Sun Finder and the different languages and APIs that she used to deploy her app.

Onstage, Melanie presented a slide that displayed project structure and resources, such as the MVC (model, view, controller), various APIs and programming languages used. Then she ran her app for a live demo – and it worked! Sun Finder predicted that the Mission District in San Francisco would be partly cloudy and 58 degrees Fahrenheit.

The Hackbright grads stood onstage and answered questions from the audience. Thanks to everyone who attended SheCodes and shared encouragement about the tech talks – we hope to do more of them!