Hackbright Week 5 (AKA: The Week of So Many Feelings)

(Alternate subtitle: “The Week of ‘Surely No One Will Notice that I Wore the Same Pair of Jeans Multiple Times This Week.'”) 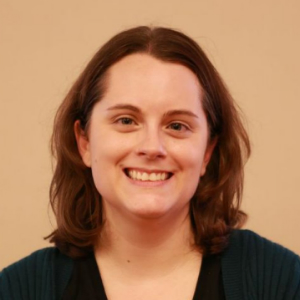 I’m not going to lie, week 5 was tough. As I’ve probably said before, it’s not that any one thing was overwhelming from a technical perspective – just the overall experience of learning new things for five weeks straight with little time to reflect on what we’ve just covered before moving on to the next thing. And the energy and focus that pair programming requires, even when you’ve got a great partner (as I had this week. Not that any of my partners have been slackers…)

I also suspect that a lot of us are putting tremendous pressure on ourselves to cover additional material outside of class – Coursera algorithms class, I am looking at you – and to attend every networking event.

It’s hard not to feel that I should be spending every possible moment on something code-related, even when I know that way madness (or burnout) lies. Which is not to say that I have been spending all of my time on code, just that I’ve been dealing with massive guilt for not doing so.

Oh, and I was sick for a good part of the week.

Much of week 5 was dedicated to building a movie-ratings web application that incorporated most of what we’d learned so far (Python, SQL, Flask, HTML) as well as introducing some machine learning concepts. But most of us decided on final projects this week, so there was a LOT of impatience to start working independently on those.

Other random happenings this week:

It’s amazing to think that Hackbright is half over. I’m excited but anxious about the coming week – even though pair programming was sometimes frustrating, I’ve gotten used to the routine and the structure. From this point forward, we have a lot more freedom. I hope that I can settle quickly into a new (and productive) routine – there are still so many details to figure out for my final project, not to mention the actual writing of code.

One thing that our instructors have warned us about is the danger of getting sucked into the research and planning phase of our projects, at the expense of the coding and building phase. As a research-loving former librarian/archivist, I know I’m at risk for this. Note to self: you don’t have to know ALL THE THINGS right now. These 10 weeks are just the start of what (I hope) will be a career-long process of learning new things and acquiring new skills.