I often was reluctant to tell people I was in engineering school, because I was expecting to be told that I didn’t belong there – and you know what, it actually happened a couple times… 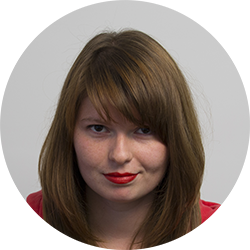 We all feel inadequate sometimes. But what happens when those fleeting moments of doubt aren’t all that fleeting? Impostor syndrome is where self-doubt actually becomes a pattern of behavior, to the point where sufferers experience ongoing dread at the prospect of being exposed as a fraud — even when there’s nothing fraudulent about them. Unfortunately, given the sexual disparity among professional programming (where men outnumber women nearly ten to one) imposter syndrome is a common occurrence among female software developers. Ingrid Avendaño shares her experience with imposter syndrome, and how she’s learned to deal with it.

I’m not a typical engineer . The fact that I went into engineering was a fluke.

My odds of becoming an engineer started out very low. I don’t even remember if I was good at math or science as a child.

I didn’t grow up with any real engineering role models, I graduated from an arts high school, and when I went to college I planned on getting an art degree. Yet, somehow after a strange series of events which stemmed from a $20 bet that I couldn’t learn how to program, I enrolled in engineering school on a whim.

From day one I felt like an impostor. I had no real concept of what engineering was, aside from having heard it was hard. Up to that point in my life, I’m fairly confident most people surrounding me thought I was an airhead including myself. My friends and family told me they expected me to drop out.

I often was reluctant to tell people I was in engineering school because I was expecting to be told that I didn’t belong there – and you know what, it actually happened a couple of times.

A professor told me I wasn’t cut out to be an engineer and should go back to doing art. His view was that successful engineering students start with a background showing interest in engineering at a young age. By not having a childhood where I took electronics apart or went to science camp, then by his standards I was already doomed to fail before I began.

Another professor told me that I didn’t have what it takes to be good enough to work for companies like Google, Facebook or Apple. He made me feel like I was being evaluated on a superficial perception of how closely I matched (or didn’t match) the stereotype of an engineer, rather than on my own merits and potential.

Not only did those experiences hurt, I felt more like an impostor and I wanted nothing more than to throw in the towel. But pride can work in funny ways, and at the time I had too much pride to give up when so many people were expecting me to fail.

Whether I Wanted to Accept It or Not, I had to Learn to Be Okay with Not Everyone Believing in Me

So I did what any engineering student does to survive: I pulled all nighters, showed up to study groups, asked loads of questions, got involved in undergrad research, and barely took time off. Even though I studied very hard, I constantly felt behind compared to my peers. I didn’t understand many cultural references, from geeky internet memes to sci-fi shows. I felt like I lacked industry connections and engineering experience compared to my peers, so I embarked on a mission to change that.

I started off with immersing myself in nerd culture, from watching movies such as Primer to reading Neil Stevenson’s sci-fi, to browsing Hacker News. This led to more engineering-focused things like spending time at hackerspaces, doing Codecademy, tinkering with 3D printers, or playing with Arduinos.

To my surprise I found myself enjoying a lot of things I never thought to try before I entered engineering. The drive to learn as much as I could in my free time was to compensate for feeling like an impostor.

However, I still continued to dismiss much of the work I did as trivial that others could do, and viewed it as not substantial enough to be proud of. During my second year of engineering, I took a side job helping teach a high school robotics course.

It really took me by surprise how much the students looked up to me and treated me like a smart engineer that knew what she was doing. My opinion of myself was definitely far from that. I considered that experience to be one of the first times in my life I accepted the notion I might be smart. Teaching others not only reinforced my understanding of the material, but it gave me confidence in my own competence.

By the end of my third year of engineering, I landed a really good internship. At the time I was convinced it was a mistake — I must be a diversity hire rather than being qualified. I had panic attacks because I was living in constant fear of being discovered as the impostor I believed I was.

When I got my performance review I was stunned that other people actually were impressed with me. I still felt like a con artist filled with guilt and pleasure for how well I’d done. That was when I realized I could take other opportunities I didn’t feel qualified for. This lead to more opportunities: another internship, participating in hackathons, and technical fellowships.

In a weird twist of events I actually did end up dropping out of school, not because I failed out, but for financial reasons. Despite the setback, I did not want it to negatively define my future; I still have a hunger to succeed. This fall I decided to join Hackbright Academy, a three-month software engineering fellowship, which will be ending in a week. Very soon I will be looking for a job.

Like Many with Impostor Syndrome, I’ve Attributed My Success to Just a Series of Lucky Breaks and Good Timing

I worry that I might forget the skills I’ve learned over the past few years and this will result in people being disappointed with me or telling me that I’m not a real engineer. Just calling myself an engineer used to freak me out. I still find myself waiting for someone to tell me only people with a college degree can call themselves engineers. I’m terrified that when I start interviewing for software engineering roles people will reject me for being an impostor.

Feeling like an impostor is a draining experience, especially when I am both impressed and intimidated by the impostor I have created.

I’m coming to terms with the fact that the impostor I feel disconnected from is really just me. In order for me to recognize my own growth, it’s become essential to document it through real work.

While I might still believe I’m an impostor from time to time, at least I know that I am a really good, hard-working impostor.

This blog post was originally posted at Ingrid Avendaño’s blog.