More Than Just My Mom 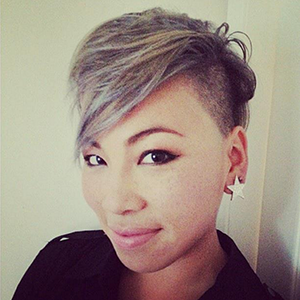 For as long as I can remember, my parents have always worked alongside each other. My parents are small business owners. My dad, the boss; my mom, the secretary. No questions asked.

Before my parents got married and had me and my three siblings, my mom worked at a well-respected art museum. Almost by osmosis, she became a connoisseur of the arts. She also inherited my grandfather’s gift for language, and is a great writer. In addition, she has an amazing voice, which she still flaunts once in a while during family gatherings on the karaoke machine.

I adored my mother and thought she could’ve been anything she wanted.

Growing up, I always asked her why she never became a singer, a nurse, or whatever I had learned about at school that day. She always said that she was too shy. It was only after I got older that I realized that she had given up on her dreams. Not for any lack of confidence or ability on her part, but because women were expected to do so – to give up their dreams for the sake of their husband’s dreams – for the sake of the family.

Things have obviously changed somewhat since then. In a silent way however, rather than giving up their dreams for the sake of their husbands’ dreams, women are now expected to give up their dreams for the sake of their children’s dreams. I want to be clear that I say the above with no judgement. I also want to be a mom one day and I know that for some, there is nothing greater than being able to give your children everything that you have, if not more, so their future is more promising than yours. This is what my mom gave me. But at the same time, I can’t help thinking about the dreams that my mom gave up. What if she were able to be the singer that we all thought she could have been? Or the nurse that ever so carefully nurtured patients back to health? What if she were meant to be her own boss, rather than guiding my dad about his business behind the closed doors of our small dining room?

What if she could have been any of that as well as being my mom? I believe she would have still been my mom, the same mom who let me cry on her shoulder when my first dog passed away and the same mom who sat in a diner with me and watched me cry after my first boyfriend and I broke up.

This is why when the opportunity came up for Facebook to partner with Hackbright Academy, a program that develops women to become software developers in just ten weeks, I immediately thought about the moms – the women who took a career break for their family but are now looking to brush up so they can transition back into work.

In just a few weeks, we developed the Moms in Tech Sponsorship Program.

Through this program, the sponsored mom receives:

‌• Opportunity to meet others moms in tech currently working at Facebook

‌• Invitation to interview with Facebook (including 1:1 interview prep)

Now, women are obviously not the only parents who take career breaks for their family, and we are seeing more and more stay home dads. However, the reality is that moms still represent the majority of stay-at-home parents. In 2011, the United States Census reported five million stay-at-home moms compared to less than 200,000 stay-at-home dads.

Some people say that women “can’t have it all,” and they may be right. But we believe that fundamentally, women have the right to decide what will be fulfilling for them. If having a technical career will bring that fulfillment, then women should have the opportunity to go after it.

My mom didn’t want to be an engineer (maybe she would’ve wanted to if she knew it were an option for her). However, through our Moms in Tech sponsorship program, I met many moms who do. They told me how validated they felt even just reading about our sponsorship announcement because it told them that aside from their ability to be a great mom, all of their experiences, particularly the experiences they had before they became a mom, are valuable. Just because a woman decides to take a career break doesn’t mean that she stops dreaming, and I take so much pride in our sponsorship program because we’re helping to make some of those dreams come true.

I adore my mother and thought she could’ve been anything she wanted. I still do.

Lisa Lee is the diversity program manager at Facebook. Look out for the announcement for the next Moms in Tech sponsorship cycle in the winter.