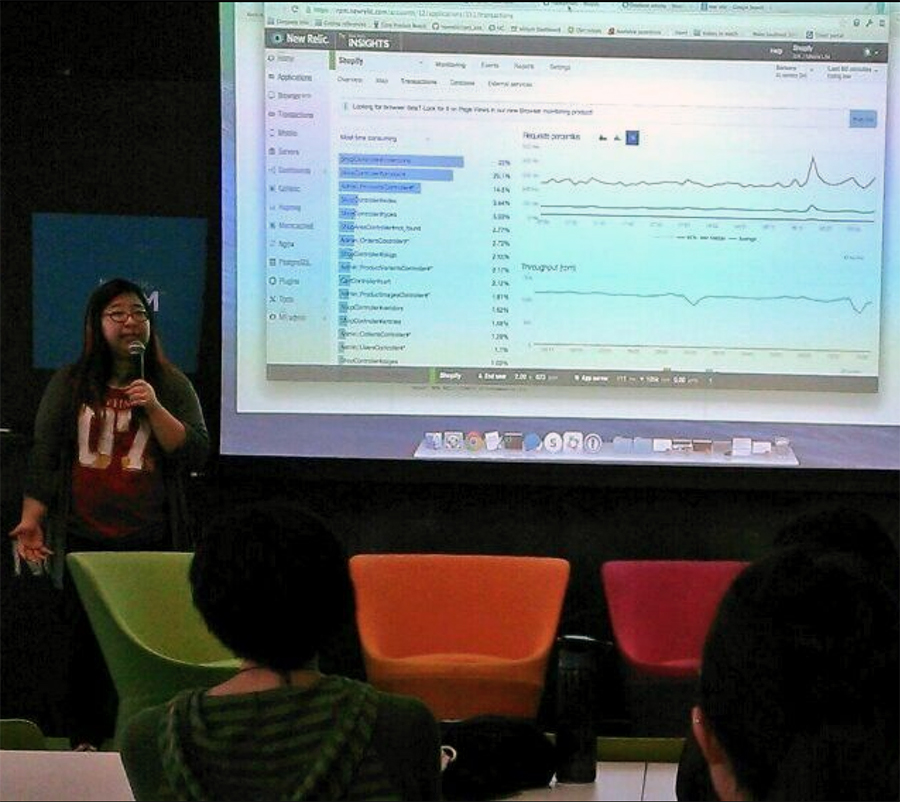 We enjoyed the coffee bar at the New Relic office on the 10th floor, which has a glorious view of the Bay Bridge and Port of Oakland’s container cranes across the San Francisco bay.

We were welcomed by New Relic software engineer Katherine Wu from the Portland office, who is a Hackbright alum. She talked about the APM product at New Relic, the engineering challenges and process at New Relic. 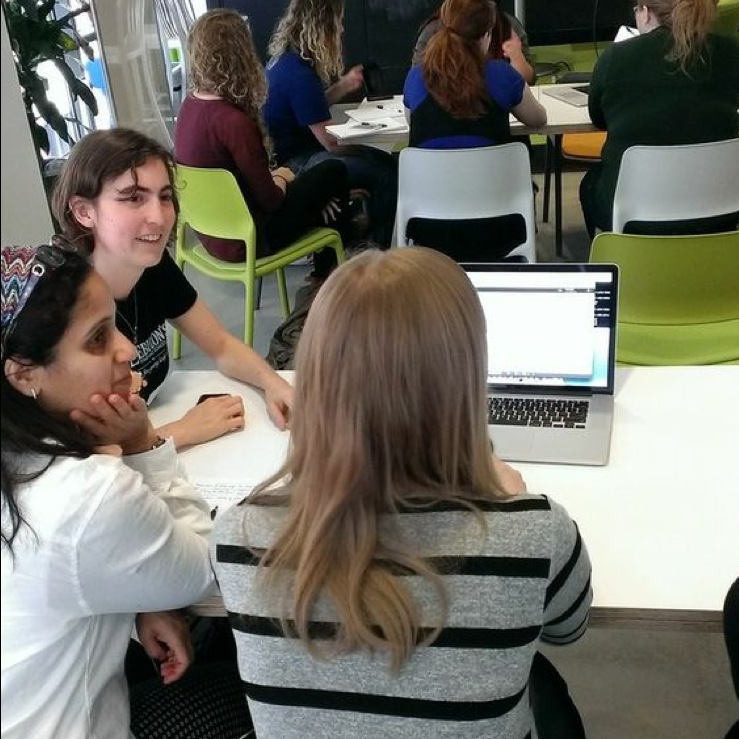 Next, New Relic engineers led smaller groups of Hackbright Academy engineering fellows through a New Relic exercise — teams focused on getting New Relic installed, getting the app up and running, and showing how activity on the app reports back to New Relic. This included noting any errors that are generated (for example, negative numbers as inputs to the factorial function in Kata 3).

Thanks to New Relic for hosting the Hackbright Academy class for spring 2014! We enjoyed lunch, “data nerd” t-shirts and great connections and conversations with New Relic engineers! Looking forward to seeing New Relic at Career Day! 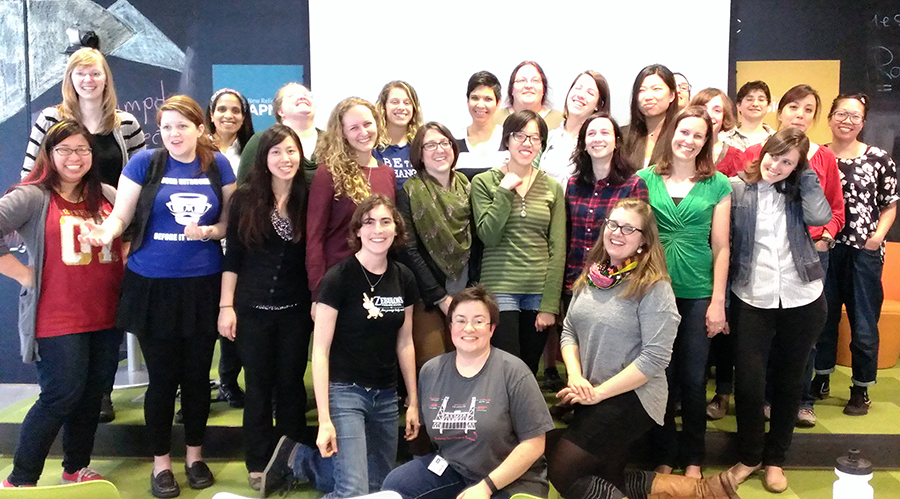