Co-founder of RailsBridge and Blazing Cloud, Sarah Allen is currently a 2013 Presidential Innovation Fellow at the Smithsonian Institute in Washington DC. Here is her story. 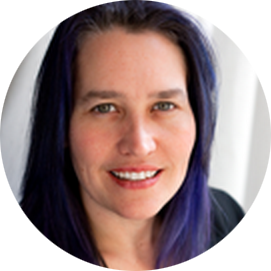 Sarah Allen, 2013 Presidential Innovation Fellow
United States Science & Technology
Sarah is the founder of Blazing Cloud and co-founded RailsBridge for an inclusive and friendly Ruby on Rails community. Sarah has 23 years of experience in development and holds a degree in computer science and visual art from Brown University.

How did you get the job you have now?

I applied! It’s a long story. I saw United States CTO Todd Park speak at the Lean Startup conference in December and he gave a very inspirational talk. I never thought I would say innovation and government in the same breath and not be joking but it was amazing – I was very impressed with the open data work that had been done by the previous group of innovation fellows and he, at the end of the talk, said if you have any ideas for the innovation in the US government email me. We all took down his email and he said “seriously if I don’t email you back in 72 hours send me another email and preface your email with ‘you idiot’ in the subject line.”

A couple months passed and I realized I had this idea that I came up with years ago when my son was in fourth or fifth grade and I volunteered teaching them programming. I ran into issues in the public schools (e.g. Windows, it’s hard to install software that helps kids learn programming, there are hurdles to teaching kids to code).

“If the public schools adopted open source, creating an infrastructure to teach kids coding, the kids could teach other kids to modify the software and learn to become software developers when they get into it – 8th grade is the perfect time to learn hardware and with $300, you can build your own Linux computer!”

I had this idea of an ecosystem that required seeding – kids are the best teachers of tech, and they have the best teachers, so I thought about doing a pilot in San Francisco. But it’s an uphill battle and I’m not a policy person, so I figured I’d spend my time elsewhere…

Then when I saw Todd Park was speaking at SXSW (which I was going to), I procrastinated until two days before his talk and I was about to hop on a plane and it was 6am in the morning and thought “OPEN SOURCE THE PUBLIC SCHOOLS” and put my ideas in an email to Todd Park and went to walk the dog. I came back 40 minutes later and he had emailed me back in 20 minutes and he said great ideas, let me introduce you to these people doing things in STEM education – also, you must apply to be a Presidential Innovation Fellow – and said he was not going to SXSW, but we must connect.

I looked up the Presidential Innovation Fellowship (PIF) program and saw it was a six month commitment, full time job, and thought that it was too much. I was driving my son to school and said “your mom just had an email exchange with the CTO of the United States, isn’t that cool” and I told him about the PIF and that I said “I got a few things going on, there is no way I could do it” but I was reflecting on there are some things that I think could happen under this administration that I don’t think could happen under any other administration, so it’s just too bad it’s not my time.

Three hours later, I emailed Todd Park back and tell him the story of my kid and said I’d think about it. And he emailed me back, writing that nothing could top your first letter. This started a sequence of events which led to my applying. While I was at SXSW and I didn’t even know that Jennifer Palkha would become Deputy CTO of the United States, and she stops me in the hallway at SXSW and says YOU HAVE TO APPLY FOR THE PIF PROGRAM. Then after a bunch of emails with John Farmer at OSTP, I agreed to apply. I didn’t think any of the topics applied to my original idea for changing the government, but I agreed I would apply.

And then I was like, this is really cool! Maybe in the big picture, understanding history can save the world. It’s not as dramatic as a “save the world” moment as I was imagining, but it’s the opportunity of the lifetime to be able to take the digitized collection of the Smithsonian and make it accessible to the public. That’s *how things should be* and there’s really no reason that it’s not that way except that it’s not that way yet. 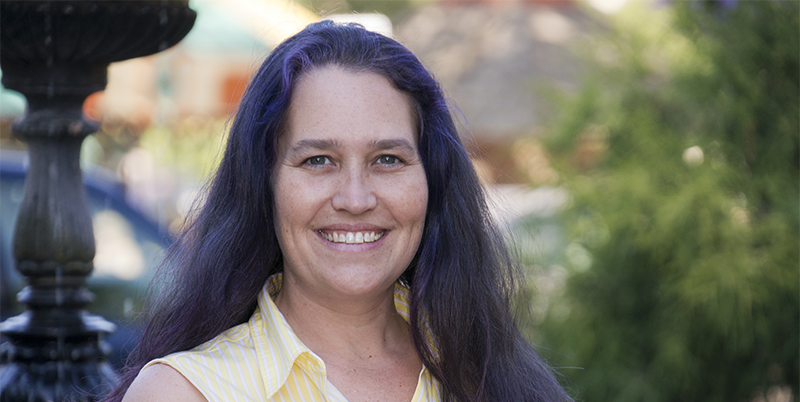 How did you get started programming?

Started programming Basic on an Apple II when I was 12 years old. My mom started selling computers in 1980 and she brought an Apple II home so she could learn about it. I had a day off of school so I was allowed to unpack it that came with a manual that taught BASIC so I went through it and taught myself BASIC – and I was hooked!

What’s your favorite part about working in tech?

My favorite part is that creating new software feels like magic. I was into fantasy books and science-fiction as a kid. Writing code feel like I’ve just waived a magic wand and brought something into existence out of thin air. Also, I love being able to work the hours that I want. Mid-day nap? That’s fine. Feeling über-productive at 1am? No worries!

What is one piece of advice you’d tell your younger self?

“The main thing would be to really enjoy the moment – the time you have. It’s all there really is. I spend a lot of my time worrying about what is going to happen. I still struggle with “how do I be right where where I am”. It’s cliche but the people in your life are the most important thing. Everything else are artifacts that ought to be making us closer, but I think that as a younger person I wish I had been more appreciative and happy with where I was.

When I was a young mom, someone told me to always remember “this too shall pass”.

I did not plan to be a software developer. I thought it was not an interesting field. I studied computer science because I thought it was practical and that I could get a job, but I always picked jobs based on the people.