80% of the 150 attendees at Silicon Chef 2013 were WOMEN – and for many of the attendees, it was their first time coding, hardware hacking, or both. The hackathon goals were to break down the mental and physical barriers to entry for hardware-curious beginners. Simply put, we provided the silicon; they provided the enthusiasm and laptops. 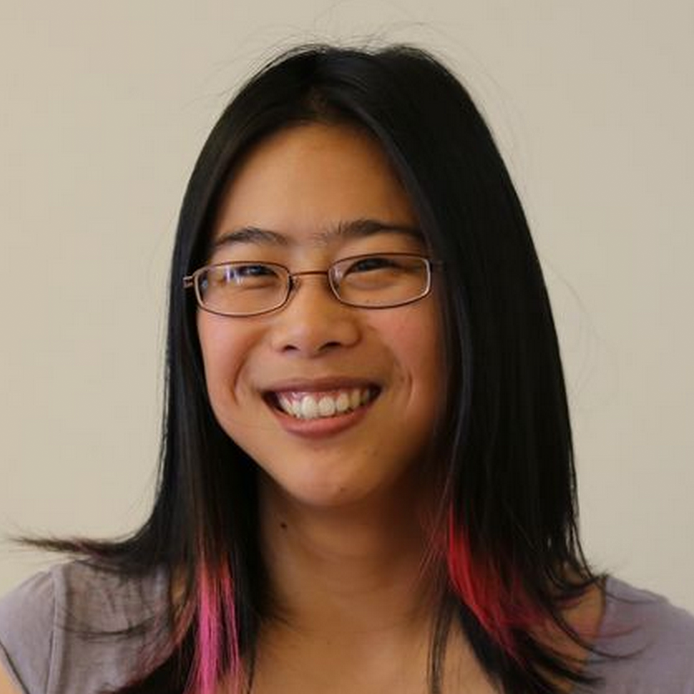 Christina Liu
GreatSchools Web Engineer & Hackbright Graduate
Christina was an Engineering Fellow at Hackbright Academy, and prior to that, she was an accountant. To learn to code Python, she started with Code Academy and MIT Open Courseware’s “Intro to Computer Science” before joining Hackbright – and the rest is history! In her spare time, she babysits 3-D printers and laser cutters.

According to my FitBit, I walked 14 miles in two days at the Silicon Chef hardware hackathon for women (October 5-6, 2013) and got too little sleep, but I am SO honored to have helped organize it!

The reaction from the community was so supportive and overwhelmingly positive! Total attendance was 150 people with 80% of the attendees women!

For many of the attendees, it was their first time coding, hardware hacking, or both. Our goals that weekend were to break down the mental and physical barriers to entry for hardware-curious beginners. Simply put, we provided the silicon; they provided the enthusiasm and laptops.

For the hackathon, we requested that attendees form teams of 5-7. Each team was supplied with a box of hardware, which included a microcontroller, sensors, a motor, LEDS, and various other bits of hardware. We also had secret “ingredients”: a wind sensor and a 3-axis accelerometer. In keeping with the spirit of a certain popular competitive Japanese cooking show, no reveal is complete without the biting of a yellow bell pepper and dramatic music. After the yelling of “Allez! Cuisinez!”, the boxes were distributed.

Teams were able to choose which secret ingredient they wanted to incorporate into their hack. At the end, teams kept their boxes so that they could continue experimenting and learning past the life of the event.

A close friend and mentor of mine once told me that learning almost always involves making mistakes. What is important is the type of mistakes made.

We want to make a lot of cheap little ones in lieu of costly bigger ones. It is easier and faster to recover from the little mistakes — plus, they can help to fine tune our idea.

Also, by being able to see consistent change happen, motivation stays high. I am sure everyone can empathize with their own experiences of stopping a project due to frustration.

At the end of Day 2, we had a total of 20 teams presenting. During demos, serendipitously, we celebrated Ven’s early birthday. Ven is one of our awesome mentors! He got to blow out the flickering birthday candle hack as a room full of 100+ people sang him Happy Birthday. Not a bad way to celebrate at all. =)

I am so proud of every team that hacked! To go from ideas to a working demo is less than 48 hours is by no means easy and every single team went above and beyond. 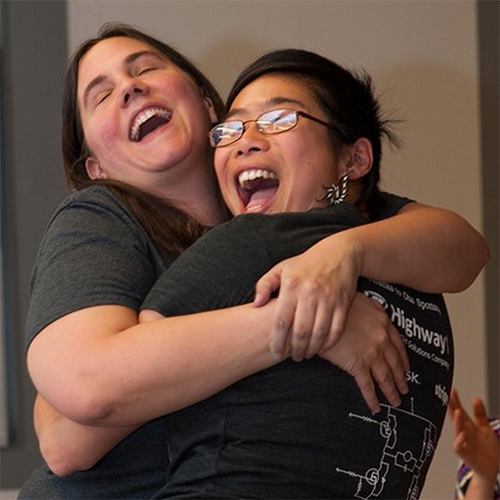 These are the looks of pride and joy that you all have brought to mine and Liz’s faces.

Huge thank you’s and hugs to our sponsors, speakers, mentors and volunteers!

We would not have been able to do this without you.

This post was originally posted at Christina Liu’s blog.