Summer of Hackbright: Just Past the Halfway Point

“I applied, got in, paid tuition, quit my job, and dived into Hackbright head first with little prep or knowledge. I’m just past the halfway point at Hackbright Academy, a fellowship for women that trains aspiring female software engineers in an accelerated ten-week training course. By Bessie Chu (Engineering Fellow, Hackbright Academy – summer 2013 class) 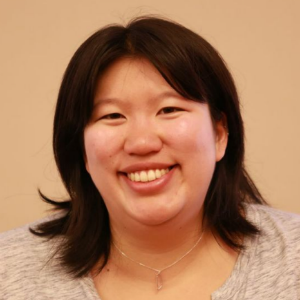 I’m just past the halfway point at Hackbright Academy, a fellowship for women that trains aspiring female software engineers in an accelerated ten-week training course.

It’s been an intense five something weeks. Unlike many of my peers in the fellowship, I’m not an aspiring Silicon Valley engineer. I haven’t had hours and hours of coding-related experience or exploration under my belt. However, I have been a woman working in technology who’s become increasingly curious of how everything actually works rather than being a platform drone and just a slave to spreadsheets, implementing using someone else’s software.

I do aspire to become an executive and for more women to join the ranks, especially in technology. Leading a product team is a future goal, and I’ve wanted something beyond fundamental knowledge under my belt. I had done a few of the modules on CodeAcademy and gone to a few one-day programming workshops. I felt confident that I was capable of learning programming but knew these one-off type of approaches aren’t enough to add to any sort of useful picture.

When I was at SXSW, I went panels that included the topics on how technology played in disaster relief and locating loved ones in the wake of Superstorm Sandy and how Hackathons were helping fix municipal governments. I stumbled into a panel Cyberbullying, on accident because BBCAmerica Roadshow was too full. The panelists showed us how they were building more online resources on for kids who had no place to turn and proceed to show us the pathetic lack of what was out there. That was the last push I needed.

We as skilled professionals with resources could do a lot with a little bit of specialized skill to help those in need. I’m not someone who could work in a non-profit full-time, but I do take giving back very seriously (I volunteer in home construction two-three weekends a month and practice philanthropy). I’m getting to a point where I think I can offer more brains than brawn and writing checks to be helpful. I certainly wouldn’t mind coding several hours a month for an organization who really needs it.

I applied, got in, paid tuition, quit my job, and dived into Hackbright head first with little prep or knowledge. 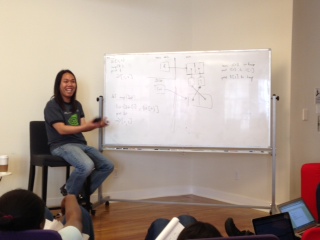 Hackbright does not take you on the shallow end and have you take some baby laps around first. You get thrown in the deep end with a partner (we pair program the first five weeks on a tour de computer science) and a pool noodle. The pool noodle has some instructions on how do each type of stroke as you’re splashing around with your partner figuring out how to swim.

This is not a basic we teach little bits out of books and we all follow classroom type of pedagogy. Rather, the idea is to teach guiding principles to solve difficult challenges in a type of facilitated learning. I interpret this style of teaching that has an end goal of creating a paradigm shift and helping you learn how to think more like an engineer. The computer science we’re learning is striped to its core of what we would actually apply the real world.

I did feel like I was drowning for the first few weeks, but I do think essentially learning how to swim in the open water and training the mind was much more valuable than any kind of conceptual tutorial type teaching, aka being let around in the shallow end slowly.

I would caution that it’s not for everyone. Be ready for it to be very hard. If I could do it again, I would have taken more time to learn some more basics. However, I am more than happy progress given the my circumstances. 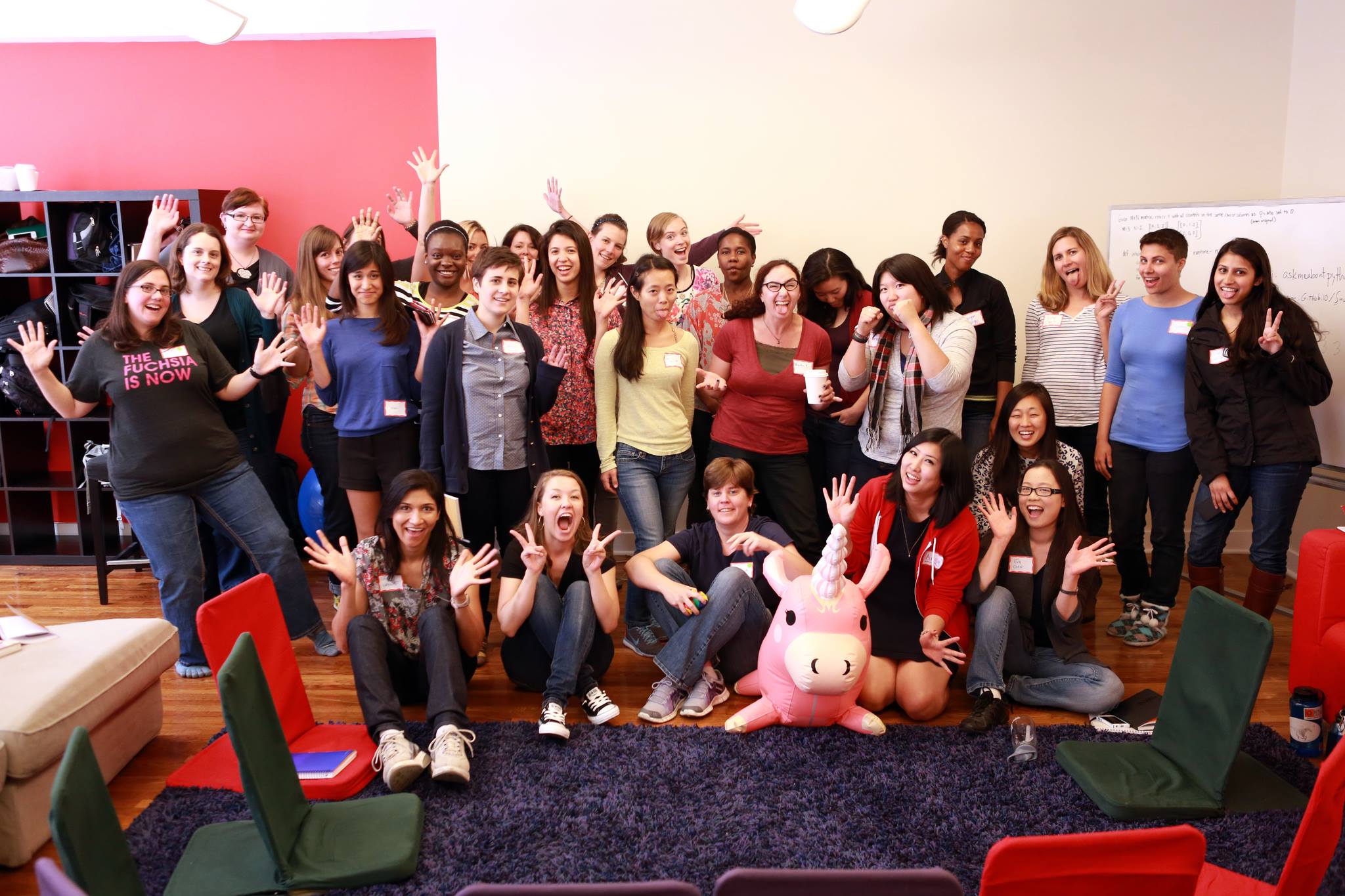 So a lot of people have asked me, what is it like being in a fellowship for a crazy number of hours a week with all women? Are people fulfilling catty and bitchy stereotypes of “overambitious women with crab mentalities”? I was afraid of this myself coming in, but that sad aspect rah-rah-girl-power-but-we-stab-each-other-in-the-back type situation that happens way too often is noticeably absent.

I won’t lie and say that it’s been completely frictionless. After all, 25 overachievers are essentially being packed into a room and told to pair program and work together for weeks for endless hours a day. But any issues have been more a symptom of stress, pressure on ourselves, and being a group of very different people, rather than because we’re women. Things smooth out quickly and forgotten, at least by me.

Everyone is extremely talented and intelligent, and we’re all struggling together to learn a lot of difficult things very quickly. I think we all deeply respect each other in that regard. It’s great and inspiring company to be around everyday.

If you want some nitty gritty exactly what went down and what we learned as hard concepts, several of my fellows have already written really well and more extensively on the hard topics.

Check out these blogs:

git commit -m ‘All the things!’ by Katherine Fellows and Hackbright Week 5 (AKA: The Week of So Many Feelings) (Alternate subtitle: “The Week of ‘Surely No One Will Notice that I Wore the Same Pair of Jeans Multiple Times This Week.’”) by Aimme Morgan and Roses and Hello by Katherine Hennes.

We did a whirlwind tour of Python, Javascript, Flask, HTML/CSS, and various practical real world use concepts in computer science, have had great speakers come in, and learned about the mad world for the programmer. It’s crazy how much I’ve learned about software engineering and proficiency in these languages after starting out with nothing at the starting line. It’s truly amazing.

As I mentioned, the biggest thing I’ve gained is a transformative shift in thought. I come from a business and advertising background and think as such. I’ve started to think more like an engineer in approach to solving a problem. It’s a valuable piece of repertoire to add to my toolbox. It’s both refreshing and challenging to learn with people from very different backgrounds. Everyone thinks differently and learns differently. It’s not easy to deal with sometimes, but after working in the same field for awhile, you end up in a groupthink type situation with very similar people. Getting different viewpoints and learning how to think like an engineer with very different people is one of the most beautiful things about being an educational setting.

Two other things that kind of make me look bad that I do want to mention I’ve had to grown in other than the really challenging technical concepts are:

1.) Learning to work with introverts. I worked in companies and roles with obnoxious extroverts (I am one). I’ve had to learn to branch to the other side, a valuable skill in what could be a long and interesting career in tech.

2.) Relearning humility. There’s nothing like getting your ass kicked in when you’ve needed it. You can become use to being an alpha dog. Then you get tossed into the cage with people just as smart and hungry (or smarter and hungrier) than you. It’s a kick in the gut that’s both re-awoken a lot of sleeping ambition (time to work harder!) and also made me reconsider how I’ve acted in the past and how to be more patient and present with people who are struggling to learn.

This has been far too verbose, so here is my action plan and hopes for the next half.

* We are coding a final project – our magnum opus to demonstrate what we’ve learned in the last ten week, help make us hirable, and define our interests. I want mine to work and not be an ugly hot mess.

* Truly learn how to learn programming languages. In programming it doesn’t really matter what language we learn or start out in, what matters is to pick up skill of how to learn a language. I’m very close to being there.

* Decide on my next step is after the program. I’m moving back Los Angeles to attend a part-time graduate program at USC (fulfilling a longtime dream). The jury is still out if I’ll try my hand at an engineering role, gun for the leadership role I’ve wanted on a technical implementation team at an adtech company or agency, or enjoy surfing back in LA and living the chill grad student life for the next year and half of the program. No matter what though, any future endeavor will definitely take what I’ve learned to further the cause of more women in technology.

* Blog when I’m done with summary of learnings personal reflections, and advice.

Thanks for reading and feel free to hit me up on LinkedIn for any questions on Hackbright. I’ll try to reply in a timely manner as much as I can.

This post was originally posted at Bessie Chu’s blog. Code snippet at top by Cassandra Dixon.