When I initially became interested in programming, my first foray into the field was reading personal tech blogs written by my followers on Twitter. 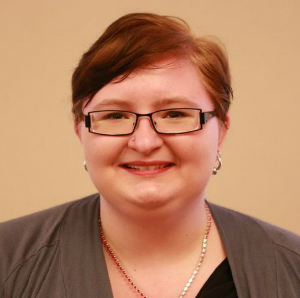 As a literature and education major, I was always curious about what services my Twitter followers were using to run their blogs and whether I could also use those technologies in the classroom.

Since I was reading tech blogs, it wasn’t long before I stumbled into a community full of static site generators, the fruits of which were often proudly deployed using Heroku.

I tried a few times (unsuccessfully) to understand the mechanics of Heroku, but without a technical background, I didn’t get very far. I’d never used git before, so I couldn’t deploy anything and I didn’t understand what Heroku actually did. I assumed there was distributed computing involved – how else would you “scale powerful apps”? – but since Heroku is designed for developers, there wasn’t much information available for beginners.

Fast forward to today. At Hackbright Academy, students are expected to give a 5-10 minute tech talk on a topic of our choosing, and clearly, I had only one option. So, this week, I presented the following —

This time around (after three weeks at Hackbright) – everything made much more sense! I opted to use Octopress as the example application for my presentation; it has great documentation, including simple instructions for deploying to Heroku, which served as my starting point.

Both Octopress and Heroku also have great communities surrounding them. After tweeting about my plans during the first week of Hackbright, I almost instantly received reading recommendations for specific pages in Heroku’s Dev Center. In the end, many of the bullet points from my talk came directly from Heroku’s reference materials – the same reference materials I couldn’t understand a few years ago!

Anyway, I hope my presentation helps someone get started with Heroku – or at least, is sufficiently entertaining!

NOTE: If you download the .pdf version, all of the underlined text will become clickable links to super-relevant pages.