Why Choose to Develop with Python?

If you’re thinking about getting into coding and you’re trying to figure out the best first step, look no further than Python. Whether you have some background in coding or are just now exploring the idea of learning to code, Python is a great choice. Python tends to be an easy-to-understand programming language that is versatile enough to build web applications and more. That’s why we teach it at Hackbright Academy. It’s a great universal language on its own, but it’s also exceptionally handy to use as a base to learn other programs.

Because of its versatility in web applications, data science, and machine learning, developers proficient in Python may be in demand in the tech industry. However, it’s not enough just to learn the coding itself; you need to add value to your employer, meaning you should be able to have a basic understanding of a full-stack of front-end technologies (like HTML5, CSS3, JavaScript, etc.), ORM libraries (SQLAlchemy, Django, etc.), and, of course, Machine Learning & AI.

Hackbright Academy focuses on Python as a universal foundational language to learn a full-stack of other programming languages.

Why Python Is Becoming a Popular Coding Language

Python is being used in web development, machine learning, AI, scientific computing, and academic research. Its popularity can be credited with the growing data science community embracing artificial intelligence and machine learning. Industries like education, healthcare, and finance are using machine-learning applications to innovate their organizations.

With this many possibilities, there have to be big opportunities emerging for aspiring data scientists, right? Because Python is easy-to-learn as a first language and especially if you’re interested in machine learning or deploying scripts, it is an essential skill to learn.

Since artificial intelligence and machine learning are the new digital frontier of the Age of Data, it’s even more of an advantage to learn Python and help teach machines how to learn.

Within the day-to-day, as a Python developer, your job can consist of working with data collection and analytics to help provide insights to key decision-makers. You may often use the Python programming language for tasks like web development, scripting, web scraping, data analysis, and automation. You may help your employer design the framework for new code, build new tools, publish new services, or create websites.

Python is used for automation because of its simplicity to write and transfer code to similar projects. Scripting involves creating small programs to do repetitive tasks which can help data analysts eliminate dull work. Python is more than just useful for automation tasks as it can be used for things like web development, too.

Because of how simple Python can be as a programming language, it is often used to build scripts for deployment, manage automation processes, clean up data, or migrate data. You can create solutions that others can understand and deploy with ease. Python is made great by its ability to automate your scripts into a sequence of commands. Whatever the task at hand is, Python can probably help you get the job done.

Python is a great start if you want to learn to code. With Python, you can find opportunities in web development, data science, machine learning, AI, web scraping, and more. It’s such a versatile language with endless possibilities impacting industries everywhere. 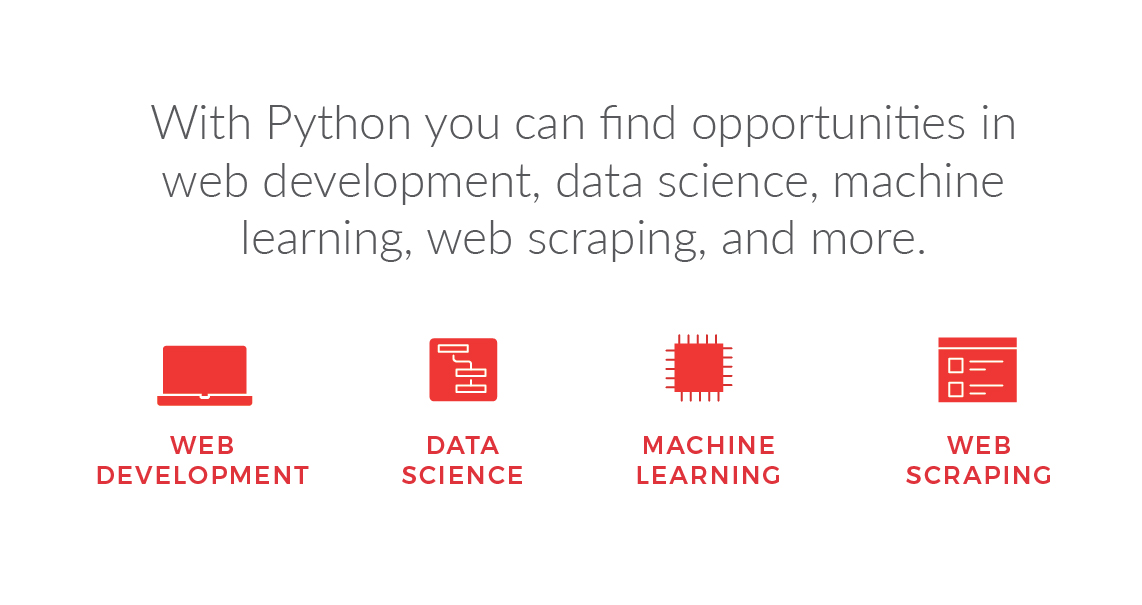 How Hard Is It To Learn Python?

What Can You Do With Python?