Where to Begin – The First Two Weeks of Hackbright Academy 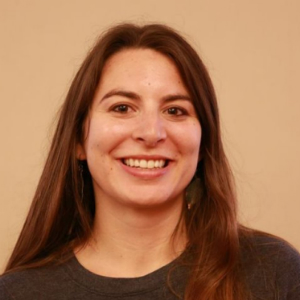 In the last two weeks, we have covered so many things. I’m flipping through 60+ pages of notes to try to remember it all. Ack! So much. To quickly recap:

We started whiteboarding cold calls at the end of Week 1. Everyone who’s been up there so far has pretty much killed it.

Lots of alums come and talk to us, usually in the evenings when my brain, as prev. discussed, has started to melt out of my ears. They’re awesome, I want to make them all my friends, etc., but it’s also just reassuring to see their deadpan expressions in response to our questions/collective anxiety about hiring. (“You’ll all be fine. No really, you’ll be fine.”)

We learned about dictionaries, Git, binary trees, recursion, sorting, classes and objects, and regular expressions. We wrote Markov chains (predictive text generators — you can see my pair partner’s and mine immortalized @markovalice on Twitter), did some Euler problems, and learned what a FizzBuzz is and how to solve the Tower of Hanoi problem.

On the social/networking side, we finally met our mentors last week at an evening mixer (after a round of $4 happy-hour sangria at the cafe downstairs). I have two, and they are both great — I can’t wait to start picking their brains and bouncing project ideas off of them.

I signed up to do a short (5-10 minute) tech talk on Tuesday about shell scripting, failing to realize until yesterday afternoon how boring (sorry, complex) shell scripting is. I’ll have to figure out a way to spice up my Powerpoint slides.

On another note: so far, one of the challenges of this program has been to stay focused in the afternoons. I’m definitely a morning person, best at highly-focused work like writing code and problem-solving before lunch, so it’s tough to start on more than half the day’s work after 2pm. Once we transition into project mode (in 2-3 weeks), I’ll probably try to get there much earlier in the mornings.

But overall, I’m still just as excited to be here as I was on Day 0, and Hackbright still feels like one of the best decisions I’ve made.

This post was originally posted at Katherine Hennes’ blog.