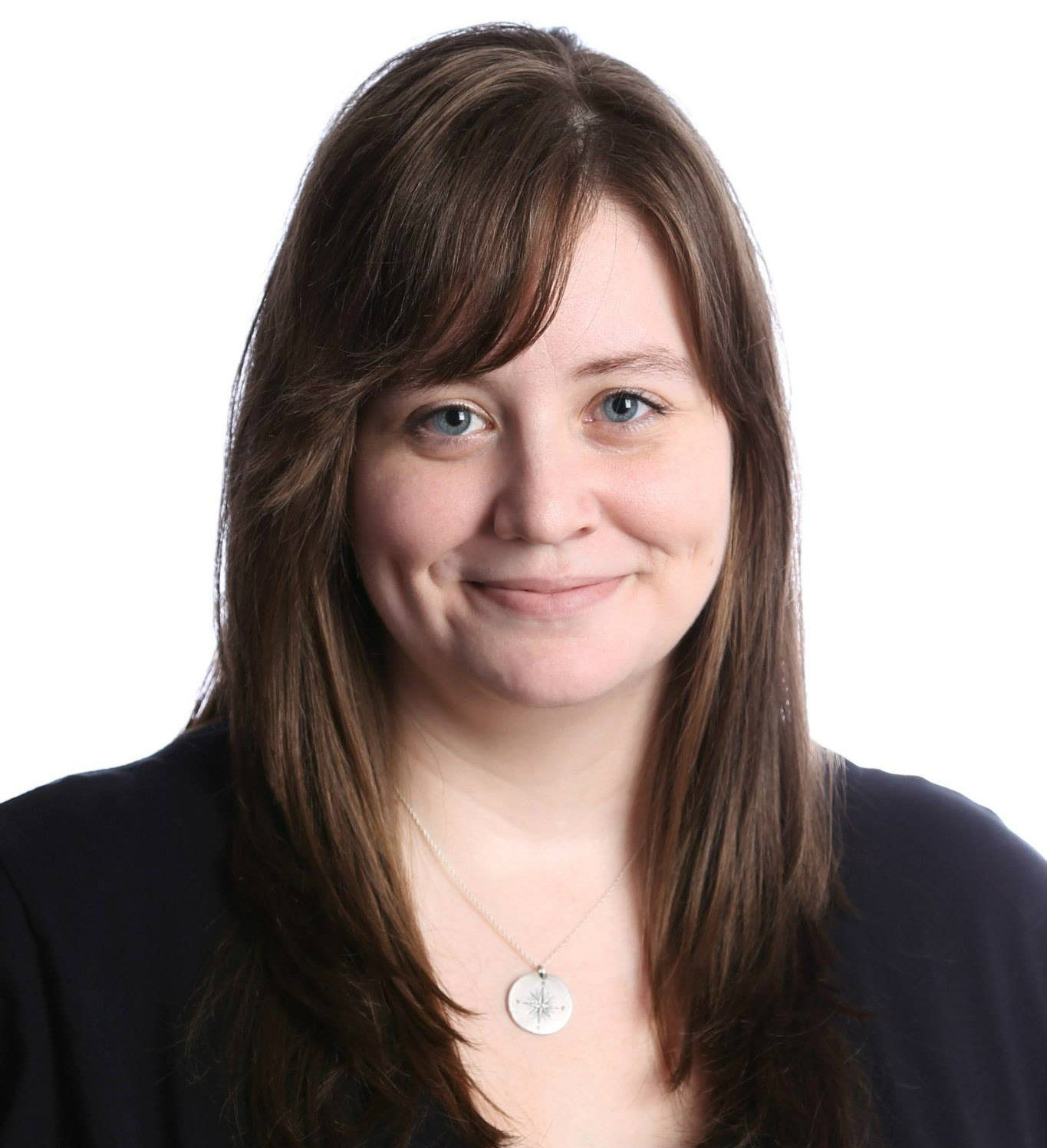 Heather Bryant graduated Hackbright in Fall 2014. She is a software engineer,  journalist and member of Hackbright Academy’s education team. She recently received funding from the Knight Foundation to lead Project Facet, an open source project that combines her love of journalism and software engineering. Heather shares her story…

I’m not supposed to be here.

When you combine all the expectations, the judgements and the assumptions about people who grew up the way that I did, that’s the message you get.

I was brought home from the hospital on a pillow inside a cardboard box. I was neither planned nor planned for because I wasn’t supposed to happen. I was raised in a rural place with strong beliefs about morality and what women are supposed to be like. Poor would be generous statement for what we were. I was child of a frequently incarcerated single parent; by 12, the primary caregiver of a grandmother with terminal cancer. At 14 I was on my own, later a high school student with a full-time job who rented her own house and chewed three sticks of Big Red at a time to keep from falling asleep in class.

This is not the kid who gets told that she can be anything she wants to be when she grows up.

All of these things sit in the back of my mind like a checklist of all the reasons I wait for people to say “hey, you don’t belong here.”

We all have a version of this list, a justification of why we can’t do…or have…or belong. It’s the evidence our self-doubt stockpiles as ammunition to take us down when we hesitate to believe in ourselves.

My first piece of courage started in desperation, because the two so often walk hand-in-hand. I chose a different life.

When people ask me why I moved to Alaska after high school, I tell them it was the farthest I could get from where I started. They laugh and wait for me to say something about college or having an adventure. They tend to hear a joke instead of the truth.

Piece of Courage #1: Your life is truly yours, no matter what other people want you to believe. Choose what to do with it. Change your mind. Choose something else. Try something new. Keep going when everyone else says quit, if that’s what you want. There will be people who try to stop you or make you feel like you’ve betrayed them because you’re choosing a different life. Seize your right to decide what your life is going to be and never give it up.

I’m not supposed to be here.

When you look at the numbers, the attitudes and the culture of the tech industry, the message is clear.

I don’t have a CS degree. I haven’t been playing with computers in the basement since I was a kid. The first website I ever made was with Microsoft Word. It’s likely that many of you didn’t even know that was a thing you could do. But I was in high school and didn’t have regular access to computers or the internet, so I did what I could. I didn’t have my own computer until my senior year. Internet access didn’t come until college.

I learned fast and made up for lost time. But I was told programming was too technical. My attempts to take classes ended when no one would sign off on allowing me to use them for my program electives and I didn’t have the money for classes outside of a degree I’d almost finished. Append all of that to the checklist.

So that second piece?

Piece of Courage #2: Do not doubt yourself and your choices when others doubt you and put obstacles in your way.

So I taught myself. Spare money went to programming books and time into tutorials. When I got as far as I could on my own, I joined Hackbright and went further. Now I work there and have had the privilege of working with bright, talented women who made their own choice to change their life. It is one of the most supportive, amazing spaces I’ve ever been a part of.

In this industry, spaces like Hackbright and events like this are so important when interactions like people asking if I actually code when I say I’m an engineer is not an isolated experience.

Diversity in tech is a much more visible issue that it used to be, but this is still a space where people who don’t fit into a narrow band of gender, race or orientation are told in a million different ways that they don’t belong, that they aren’t going to change the world with tech or work on exciting products or groundbreaking projects. So many smart, talented people still fight for a place at the table, for their voices to be heard.

I’ve been working at the intersection of tech and editorial for a long time now, but that checklist is always in the back of my mind.

As a woman, you’re not supposed to own your hard work. It’s part of that contradictory set of instructions we’re constantly getting. Work hard, but make it look effortless. Be confident, but don’t really mean it. If you’re too confident, you must be faking it. When people asked how or why I got a grant for this project too often I was said “Oh, you know. It was good timing for this topic. It was good luck.”

We’ve all done some variation of that. Minimizing what we’ve done because we’re afraid we didn’t really deserve it.

Now I say, “Well this particular area has been my focus for a long time and I’ve done a lot of research into the availability and implementation of technology in rural newsrooms. The idea was a good fit for this program.”

I’m exactly where I’m supposed to be.

One of the questions I hear often from students when they hit a wall is “Does this get easier?”

No. It was hard for me when I did it. It’s hard for you. It will be hard for the next person. You’re the part of the equation that changes. It’s your hard work. You get better, more skilled and quicker to see the patterns. You will change throughout your journey and you will be amazing, and those things that were hard won’t seem so hard any more. You’ll find that you don’t have to know everything but become able to learn anything.

I’ve changed so much in the last year. Even though there are days where I can’t quite wrap my head around where I started and where I am now, I’m happy with who I am and the work that I am doing. That’s the third piece.

Piece of Courage #3: Know and accept yourself and what you want from life. Fight the feeling that you owe anyone an explanation, justification or apology for any of it. You don’t.

What pieces of courage do you have? Share in the comments.

This post is from a talk Heather gave at an Ada Lovelace Day event hosted by Thoughtworks in San Francisco on October 12, 2015. Heather’s shout out: Lynne Snifka for her edits.

RELATED POSTS
April 2, 2020
How to Prepare for Hackbright’s Technical Interview
December 21, 2018
15 Amazing Web Apps Built by Female Engineers
December 19, 2018
Alumna Spotlight: Kat Hartling Shares Her Hackbright Experience
December 5, 2018
6 New Web Apps Built by Female Engineers
RECENT POSTS
April 02, 2020
Is It Worth It to Become a Full-Stack Developer?
April 02, 2020
Python vs Java: Which Should I Learn First?
April 02, 2020
How to Prepare for Hackbright's Technical Interview
March 06, 2020
What Is a Web Developer Versus a Software Engineer?
CATEGORIES