Erin Parker is a self-taught iOS and Rails engineer who founded Spitfire Athlete, a strength-training app that empowers you to achieve greatness. Erin is a 48kg weightlifter, serial entrepreneur and hustler. In her spare time, she organizes the Women Who Lift Weights meetup in San Francisco. 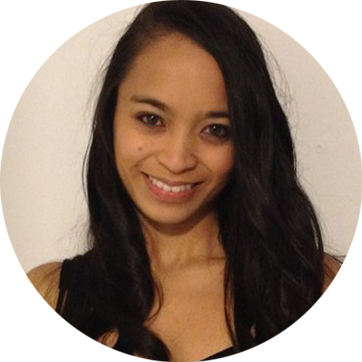 When it comes to maintaining a healthy lifestyle, sometimes knowing what you want, and knowing how to get there, are two very different things. This is where Spitfire Athlete comes in. Spitfire Athlete is a free health and fitness app that offers complete training plans designed to help you reach your goals. With a focus on personalized bodyweight and weightlifting workouts for full-body strength development (rather than making weight loss the primary objective), Spitfire Athlete is like having a dedicated personal trainer and is changing how women approach their workout – both inside and outside of the gym. But how did Spitfire get its start? Well, the story of how Spitfire Athlete became a reality is really the story of two dedicated, exceptional founders: Erin Parker and Nidhi Kulkarni. Here, Erin and Nidhi share the experiences and insights they developed while bringing Spitfire to the world.

Erin Parker is a self-taught iOS and Rails engineer who founded Spitfire Athlete. Erin is a 48kg weightlifter, serial entrepreneur, and hustler. In her spare time, she organizes the San Francisco Women Who Lift Weights Meetup. She studied economics and math at Stanford. Here is her story.

LiveJournal and would mess around with HTML and CSS snippets to make it look and feel a certain way. I would also make icons and banners with MS Paint. I didn’t know I was “programming” but I knew how to get my Livejournal to look a certain way and friends often complimented me on how pretty it was, which was motivating.

I picked up HTML and CSS in college to build an idea that I had for a website. Years later, I went to a Railsbridge meetup and that HUGE doors were opened – I could see how, if I just applied myself and spent more time, I could actually be pretty legit! It was very empowering. I went full speed with learning Ruby on Rails. I frequently attended Women Who Code hack nights and other Ruby meetups (group hack nights).

I started building the early vision of Spitfire, it was an idea I’ve always sorta had about building a site with kickass superheroines – the idea had many variations. I started going through the Michael Hartl Ruby on Rails tutorial and I ended up going through it 3x before things really started to click.

What excites me the most about technology is the final product. I’ve heard engineers get excited about solving hard problems, but for me it’s about creating something incredible. If I solve something tough along the way (Core Data / rails sync engine – anyone?) that’s great, but that doesn’t excite me as much as building something beautiful, intuitive, and incredible that I can share with others.

What’s your favorite part of being a software engineer?

The BEST thing about being in tech is you can make your visions come to LIFE. How amazing is that?!

Anything you imagine – you can build. And you can make it look just the way you want. I love that so much. In tech, you learn that you can teach yourself anything by googling stuff, finding a book, reading documentation. And this isn’t just for websites and apps. The future isn’t really smart phones – but smart homes, smart clothes, smart shoes, integrating technology into day to day to day life to make it more intelligent and better designed – being a woman in tech means you have the *keys* to that future and I think that’s really cool.

How did you get your job? 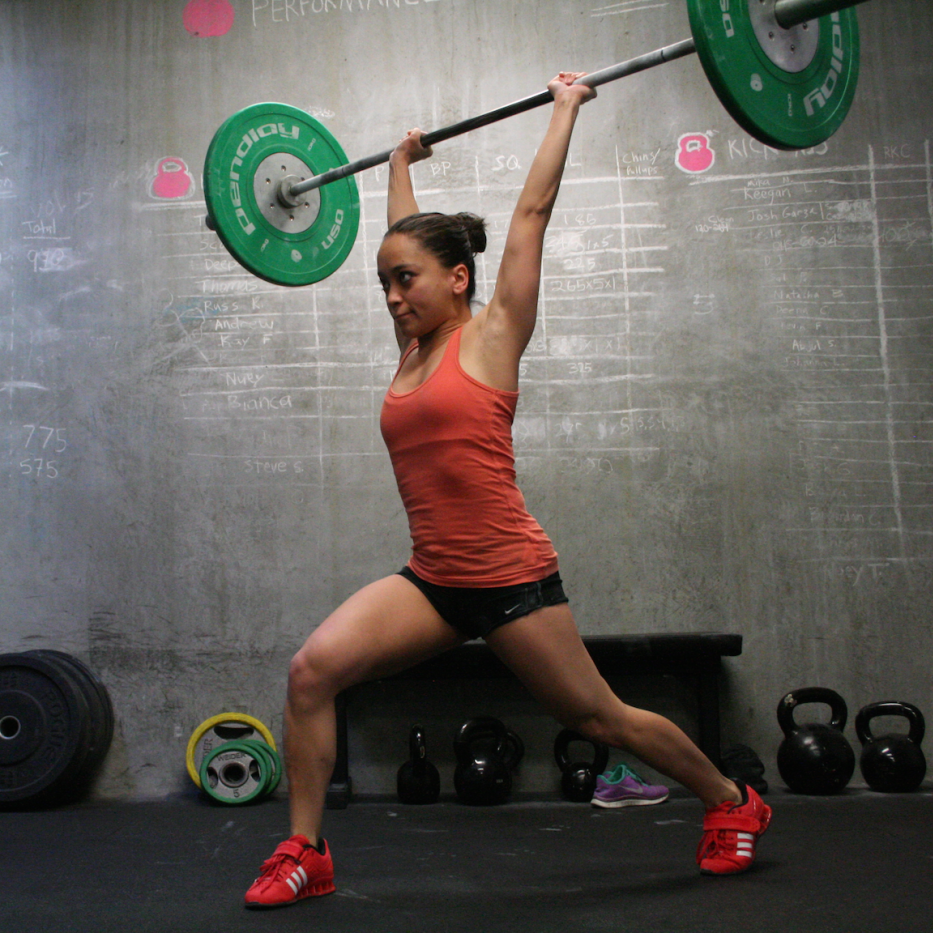 A huge goal that I have is for Spitfire to be a vehicle that helps change the way we view our training – that we’re training to build ourselves, get strong, feel powerful – instead of what’s fed to us in the media (dieting, thigh gaps, cardio, small pink dumbbells).

Spitfire Athlete is about being more and building yourself instead of reducing yourself and trying to just weigh less. I also just want to build a fantastic product that people love and that provides us with accurate, trustworthy information.

It helps tremendously to spend time in the presence of great engineers – watching them code – and asking them questions. One of my early mentors and huge influencers was Evadne Wu (@evadne on Github). She’s a brilliant iOS engineer. In addition to the many things I learned about how iOS actually works, it fascinated me that she was very skilled with Photoshop and Illustrator and would make her own assets. That made me realize – oh wow! It is possible to do engineering and design.

Don’t be afraid to go through programming books many, many times! I went through the Michael Hartl Ruby on Rails tutorial 3 times before it finally clicked. I went through the iOS Programming 3Ed Big Nerd Ranch book so many times, I’ve lost track. Every time you go through the material, you’ll pick up something you missed before, and it’ll really help strengthen your foundations. Don’t be afraid to repeat, repeat, repeat until you’re comfortable with something inside and out. It’s not that you’re not smart – it’s just that repetition is often what it takes. 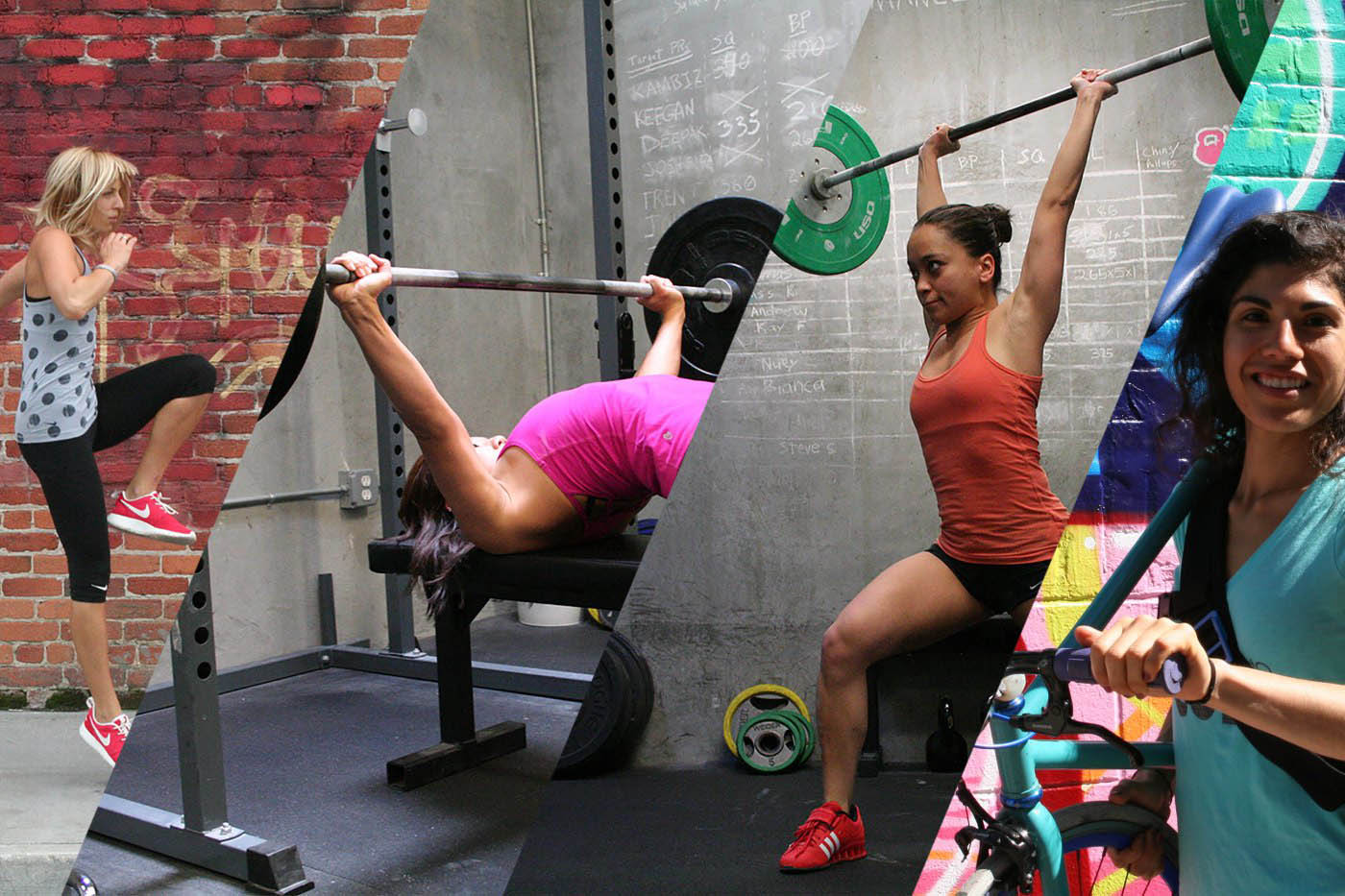 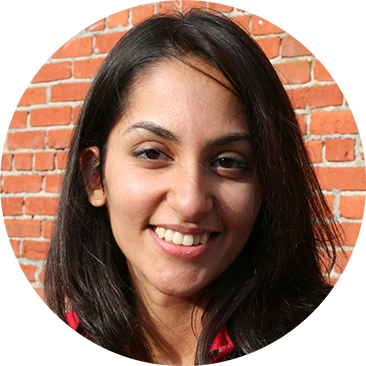 Nidhi Kulkarni is CTO and co-founder of Spitfire Athlete, a performance-tracking and mobile resource for women’s strength training and weightlifting. Before starting Spitfire Athlete with Erin Parker, Nidhi worked as a software engineer at Okta. She studied computer science at MIT, where she was a rower. Here is her story.

I signed up for an introduction to computer programming course in high school when my math teacher told me to try it out because she thought I would be good at it. My inclination in high school was towards the sciences like chemistry and physics rather than tech/engineering, and I ended up getting accepted into the Women in Technology program at MIT for a summer.

There, I designed and built an electromagnetic motor that didn’t end up being the fastest, but was singled out by the professor as having a great design and being implemented well. He told my team that he initially thought the design was too ambitious for even his graduate students to build well in a few days, yet we had managed to do it.

That was probably the first time I felt that I was well suited for a career as an engineer.

My interest in programming grew as I continued to build things and practice in my spare time. I like how easy it is to try out new ideas while programming – it’s not like building something physical. The ability to experiment quickly makes programming fun and rewarding to learn.

How did you get your current job? 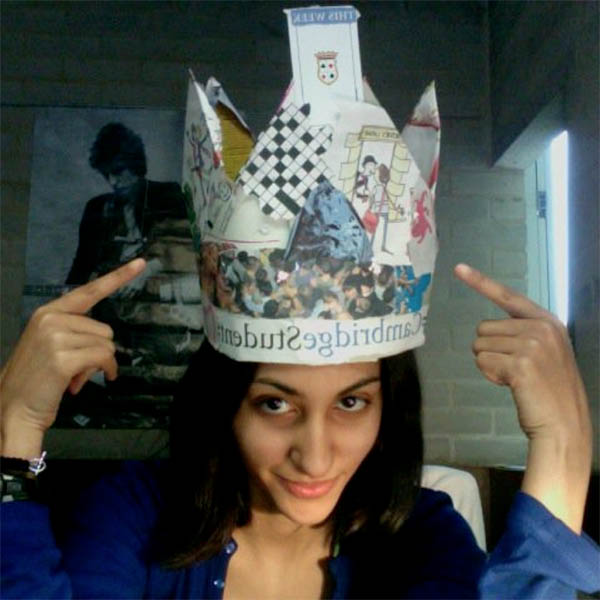 After graduating from MIT, I started working as a full-stack developer at the enterprise identity management company, Okta. I was working to scale their integrations and I liked that project a lot. I also enjoyed working with the other engineers there.

But as time went on, I wanted to do my own thing. That’s when Erin Parker, a friend who I was introduced to earlier in the year, approached me about being a co-founder for Spitfire Athlete.

I was very impressed with Erin as she had spent the last year teaching herself to code and had done a great job with the initial app mocks.

I agreed to join, and I’m so glad I did! 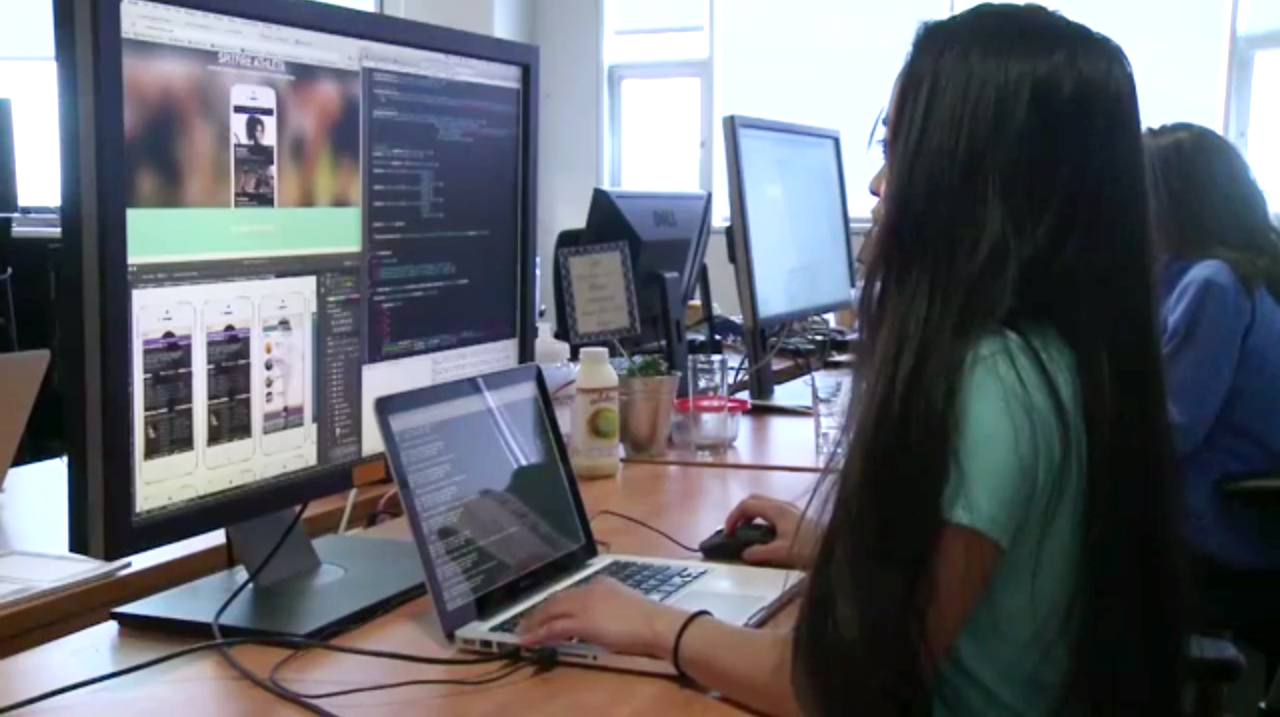 I spend most of the day coding. On the days where the focus is the Spitfire app, I use the standard apple developer tools. Other times, I’m working in JavaScript/Backbone for the internal web UI, often Python scripts too. It’s been a few months since I’ve done something in Java, but I did have to patch a Java library while developing a feature for Spitfire. Intellij is my IDE of choice for Java, but I like Eclipse too. I use git for version control, gitx to visualize.

What I love about this stage of Spitfire is how I’m able to fluidly move between stacks and tools depending on what is best suited for the task at hand.

As a programmer, I love the ability to create and design things freely and – as cliche as this sounds) – see your ideas become real. That is my favorite part of this job.

Practice as much as you can. Pick things you want to make and spend time developing your ability to take an idea and breaking it down into the required components. Also, actively seek out technical mentors.

My biggest gains as a programmer always came from working with someone wiser and more experienced – even if it was just seeing how they designed a system and filling out the implementation. 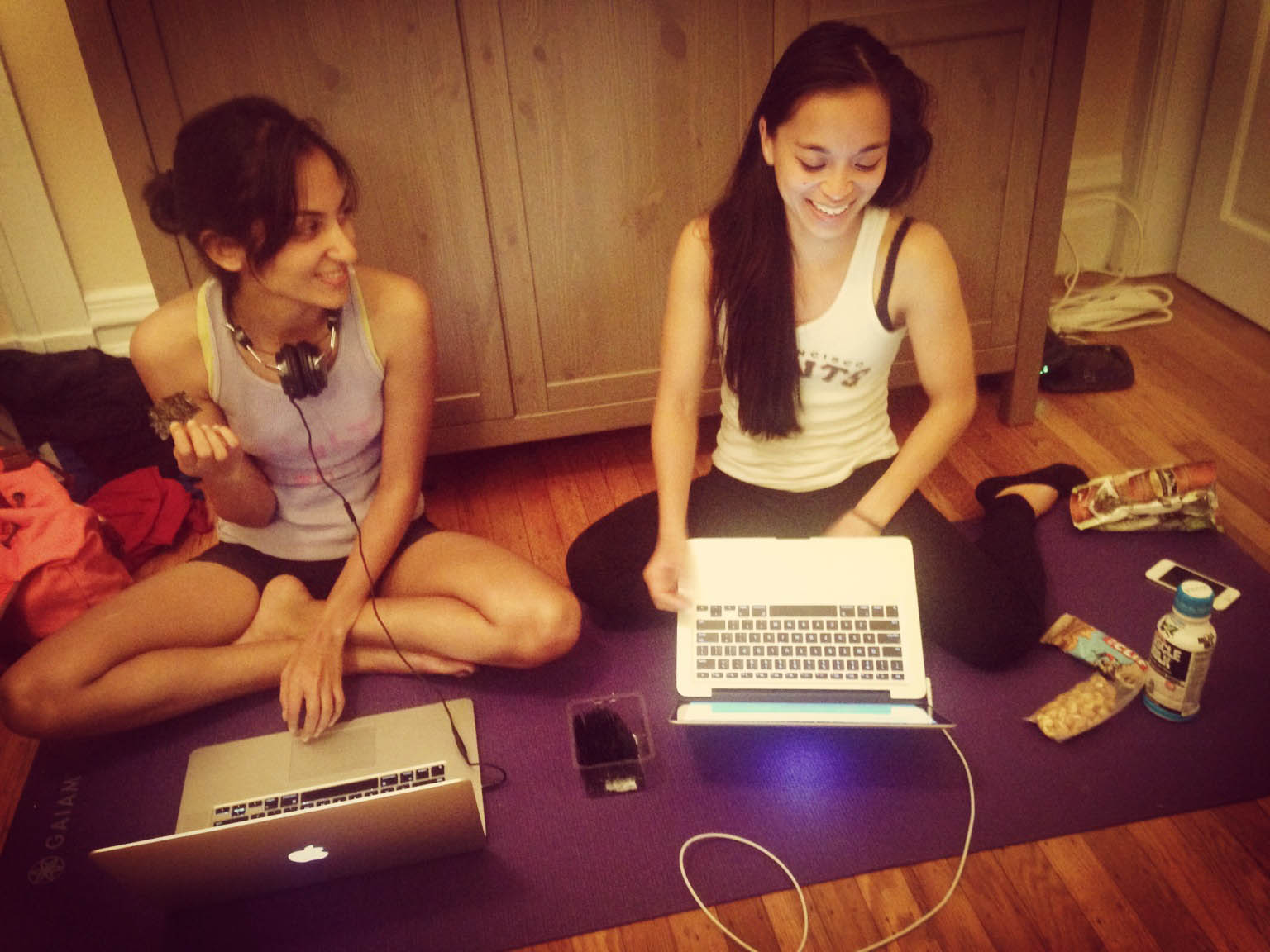