Gulnara currently works at Jibe as a software engineer. She attended Hackbright Academy in the spring of 2013. Prior to Hackbright, she spent four years working at a bank on the commercial credit side. She is actively growing the Washington DC Nightowls group, the District’s after hours co-working community of self-starters turning big ideas into exciting projects. 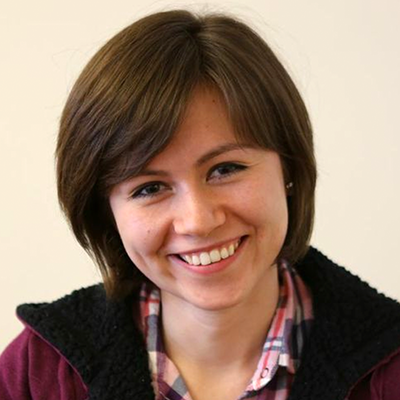 Gulnara Mirzakarimova
Jibe Software Engineer & Hackbright Graduate
Gulnara was an Engineering Fellow at Hackbright Academy, and prior to that, she was working in a bank in Washington DC. Gulnara also leads the DC Nightowls group, the District’s after hours co-working community of self-starters turning big ideas into exciting projects. This is her story of a career pivot from finance to engineering.

(Disclaimer: I am not urging everyone to become a programmer; so, keep your pitchforks to yourself. I merely use my experience as an example of achieving a set goal)

Step 1: Figure out what you want by trying different things.

Most of us are scared of drastic career changes. I didn’t let that fear stop me only because I was a miserable, self-loathing, unhappy human being. I knew I needed a way out but I didn’t know what is that I wanted to do.

So, I started trying things. It went from feeble attempts in journalism where I interviewed startup founders, mentors and investors from Washington, DC area and posting those video interviews online to co-organizing co-working events around town with DC Nightowls. That’s when my sleeping hours declined to about three to four hours a day. Granted, it was not healthy but I was getting close to finding out what is that I like.

By being in the heart of a startup ecosystem, I saw possibilities for myself. I learned more about new technologies, how businesses are run, and skills that are needed. I started taking programming classes online. I spent about four months coding after work and on weekends. Once I realized that I enjoy staring at hundreds lines of code trying to figure out where the bug is, I had to come up with a plan on how to leave finance behind and dive into software engineering.

I believe that switching careers should be treated as a startup. You need some funding to stay afloat, you need milestones to measure your progress and most importantly you need a solution to a problem you are solving. For me, the solution was to attend Hackbright Academy in San Francisco for 10 weeks, where I would learn principles of computer science and necessary programming skills.

Now about funding. I was pretty sure that if I work my ass off, I would get a job within two to four months; so, I needed money to survive for about eight months. I also needed to cut all possible expenses and find where to live while in San Francisco. The milestones were primarily related to the skills I was about to learn.

I applied to Hackbright in the beginning of February. In two weeks, I was accepted and then I had only two weeks to arrange everything and move to San Francisco. This is when I submitted my letter of resignation (one of the happiest days of my life). But right before I quit, I took out a loan; so, funding was secured along with extra motivation to make this career switch successful.

As of cutting expenses, I terminated all unnecessary subscriptions, canceled my apt lease, sold my car and all the furniture. By pure miracle, my sister found a friend of a friend who let me stay at his place with his daughter for as long as needed for free. It was still pretty far from where my school was, but I took it. I stayed there for a month. Then moved closer, by renting an apt in Nob Hill with a great guy who became a great friend of mine. The last few weeks I spent on a couch of one of my classmates.

At Hackbright, I studied hard. I also pretty much lived there, since I slept only four to five hours a day. For my final project, I wrote my own programing language, you can read about it here. After the Hackbright career day, I had more than 20 companies interested in me but I had to say no and come back to DC where my husband was bootstrapping his startup (yes, I also got married right after I quit my job).

DC is not San Francisco, and honestly there is no other place like San Francisco (in the sense of a job market for developers). My classmates at Hackbright have starting salaries of about $90k and none of us have degrees in computer science or prior experience. The biggest problem I faced in DC was that I had to prove that I am worth hiring.

Back in California, Hackbright did that job for me. Doors were open and I just had to stay in San Francisco, but here in DC I had to fight. I tried freelancing first, it was a bad idea. I will write a post on that later. Eventually, I got a part-time job with Jibe as a software engineer. It was great way for me to see what Jibe is about and for them to see what I am capable of.

Five weeks later and I am a full-time software engineer. My salary is still higher than the one I left in my previous career after working there for four years. I work with an amazing team of smart and bright people. I wear jeans and t-shirts, because I want to. I walk to work and it takes me only 10 minutes. I sleep about 9 hours a day. I learn tons and I contribute a lot. I am happier.

All in all, a five month turnaround for a career switch, not bad I think 🙂

RELATED POSTS
January 13, 2014
How To Not Suffer From Imposter Syndrome
RECENT POSTS
October 03, 2022
How I Got My Job Panel: With Nura Renke, Devon Jones, and Mehayla Cheadle
July 25, 2022
3 Reasons to Go to a Software Engineering Bootcamp
June 15, 2022
Hackbright Celebrates LGBTQIA+ History Month
May 16, 2022
Learn Python Basics with 6 Modules for Beginners
CATEGORIES