This year, “superhero” costumes have dethroned “princess” as the choice Halloween costume.  This ends an 11 year reign and marks a shift in how women are represented in leadership, tech, politics, media and pop culture. We can’t wait to see all the heroic women flexing their immense star power!

Not all heroes wear capes. Hackbright Academy is all about empowerment, so we put together a mix of powerful, interesting and fun costumes inspired by women who’ve broken barriers and empowered our generation. These costume ideas showcase women with unique super-powers like technological know-how, athleticism, inner strength, and leadership.

Costume Props: that graduation gown you have stuffed in the back of your closet, a frilly napkin, and a gavel.
Three, we said three female Justices are now on the Supreme Court bench. Such #squadgoals. We admire Justice Sotomayor for becoming the first Latina Supreme Court Justice in U.S. history and the third woman, no small accomplishment. Sotomayo, raised by Puerto Rican parents, describes the challenges she overcame in housing projects in New York in her memoir My Beloved World.  She has said, “Until we get equality in education, we won’t have an equal society.” We heart you, Sonia Sotomayor. If you rock this costume, bonus points for getting a friend to slick her hair, don some erudite-looking eyewear, and accompany you Justice Ruth Bader Ginsburg, aka “Notorious RBG.” 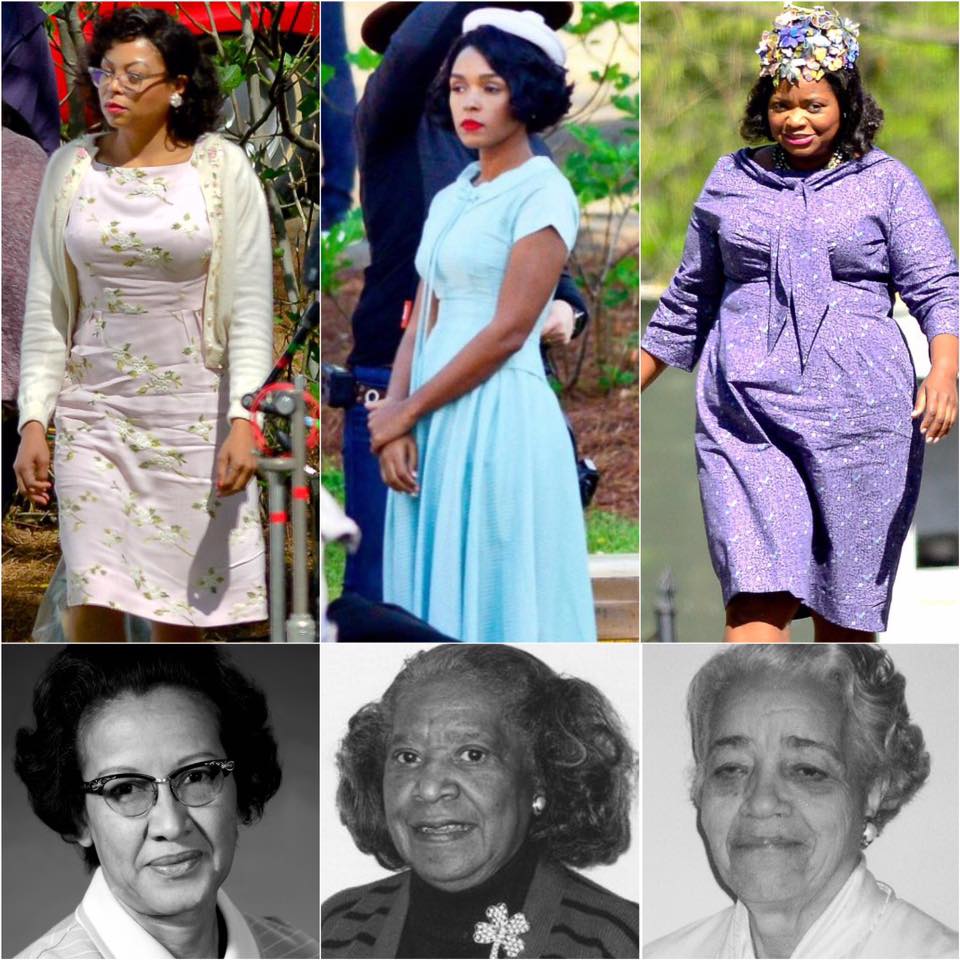 Costume Props: NASA name badge, cat-eye glasses, 1940’s dress, pencils and an adding machine.
Do you have a group of girls wanting to dress up together? The trailer for Hidden Figures has just been released. The women who inspired the movie made their mark on history as trailblazers. Their work spurred scientific advances for NASA’s space program, even as they broke both gender and race barriers. The African-American, female mathematicians and space scientists at the Langley West Computing Area were known as “computers,” before that title was handed to the machines.  Katherine Johnson, Dorothy Vaughn and Mary Jackson were integral in calculating the launch and safe return of our first space mission.

Costume Props: Tennis racket, a take-no-shit attitude, and a duffel bag full of shiny trophies.
Seven-time Wimbledon champion, Sports Illustrated Sportsperson of the Year, muse to Beyoncé, and fashion icon on and off the courts, Serena has been a huge inspiration to girls everywhere not only through her athleticism, but her ability to hold her head high, and remain focused, in the face of unwarranted criticism.

Sheryl Sandberg — Facebook COO, author of Lean In: Women, Work and the Will to Lead

Costume Props: Business attire, a copy of Lean In, and you should be refreshing your Facebook page all night.
Sheryl Sandberg is one of the most powerful people in cyberspace and a huge advocate for female leadership. She’s a standout example, overseeing all of Facebook’s business operations. Moreover, she’s acknowledged for mentoring Mark Zuckerberg into an effective, respected CEO. Sandberg is the author of Lean In: Women, Work, and the Will to Lead, which raises issues with the lack of females in leadership positions and calls on women to actively break down the remaining barriers. Her executive outfits and high-heeled shoes, in contrast to Zuckerberg’s hoodie and sneakers, have sparked discussions on whether she’s truly left the patriarchal past behind. But Sheryl’s proud that she wears what she wants, so make sure you grab a red dress or blazer and get that side-parted bob juuuust right if you want to be recognized.

Costume Props: Dark clothing, holster, leather gloves, and a scarf for going incognito.
The latest Star Wars movie, Rogue One — due on December 16, 2016 — features female leaders like rebel Jyn Erso (played by Felicity Jones) and Mon Mothma (Genevieve O’Reilly), a former Galactic Senator uniting the Rebel Alliance. Actress Felicity Jones says about Jyn, “She is absolutely a very unlikely heroine. She’s someone on the edges and fringes of society. Physically, she’s smaller than everyone else around her, but… when someone has something they believe in, that’s what powers them, that’s what motivates them, that’s what can give someone enormous strength.”

Interested in being someone’s shero in real life? Become a software engineer in 12 weeks and inspire the next generation of women to help close the gender gap in tech and become programmers! Sign up to learn more about Hackbright Academy, the leading engineering school for women.